Visiting the refuge is always a unique experience, with something new to discover depending on the time of day, weather, and season! There are ample opportunities year-round to observe wildlife in their habitats on the refuge. Remember to respect wildlife by observing them from a safe distance and to always leave no trace during your visit. Here’s what to expect with each season on the refuge:

Fall
This is one of the most colorful seasons on the refuge! The leaves on the deciduous trees brighten the refuge with their mosaic of orange, red, and yellow hues. Monarchs, which stop by the refuge during their migration, enjoy the goldenrod blooming in the grasslands. Shorebirds, neotropical migrant songbirds, and marsh birds stop at the refuge to fuel up during their long, southward migration along the Atlantic Flyway.

Winter
Wildlife are easy to observe in the winter! Canada geese can be heard calling from the river or seen flying overhead in a V formation. Black ducks are fond of wintering in refuge wetlands and creeks. Bright red cardinals provide a striking contrast against the winter snow. The river is a popular wintering spot for bald eagles with the highest concentrations on the east coast located within the refuge boundaries.

Spring
Spring is when animals and plants awaken! Turtles emerge from the mud and begin basking in the sun. Frogs, like spring peepers and leopard frogs, begin their calls. Playful river otters can be spotted along river and pond banks looking for food. Kingfishers can be seen and heard near their cavity nests along refuge ponds. Songs of the secretive grasshopper sparrow can be heard in the early morning!

Summer
The refuge is bustling with activity! A symphony of songs can be heard in the morning from species like warblers and indigo buntings. Northern bobwhite whistle their calls from the grasslands while bald eagles and osprey soar overhead, searching for their next meal in the river and its tributaries. The abundance of dragonflies indicates that the water quality is great! 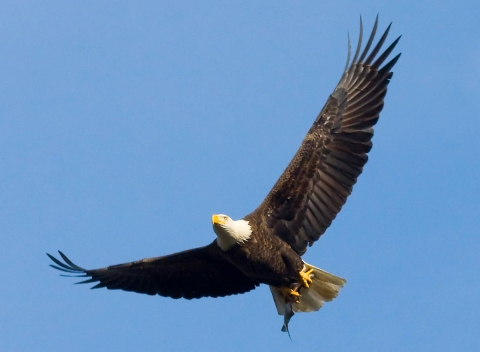 Bald eagle: Rappahannock River Valley NWR is proud to have nesting and roosting bald eagles. Bald eagles prefer mature canopy trees that overlook the many creeks in the area and the tidal portions of the Rappahannock River. The river is a popular spot for wintering bald eagles with the highest concentrations found on Cat Point Creek. Westmoreland, King George, and Essex counties contain the highest numbers of breeding pairs in the state. Chances of spotting an eagle while visiting the refuge are fairly good. 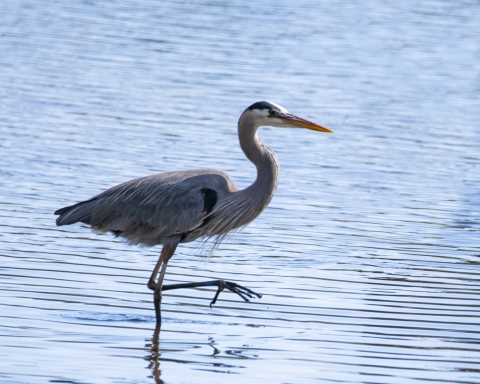 Great Blue Heron: The Great Blue Heron is a frequent resident of the refuge, nesting high up in trees surrounding wetlands, creeks and the river. These birds have a large wingspan, long legs and an iconic s-curved neck enabling it to be an efficient predator of fish and amphibians in the refuge’s waterways. They can be spotted most commonly at the Port Royal and Wilna units 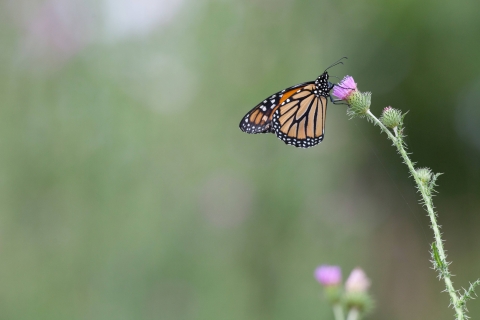 Monarch butterfly: The Rappahannock River marshes and grasslands are vitally important to migratory Monarch butterfly populations in the summer and fall. With milkweed growing throughout the refuge, butterflies are drawn to the grassy habitat as a breeding ground for adults and food supply for larvae. 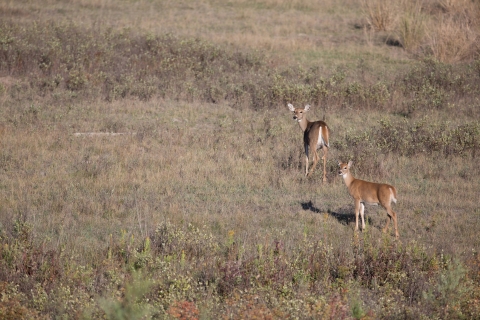 White tailed deer: White-tailed deer spend lots of time grazing in the grasslands of the refuge during the spring and summer. They can be observed in the Wilna, Wright, Tayloe, Hutchinson, Thomas, Port Royal, Toby’s Point, Mothershead, and Laurel Grove Tracts, with annual hunting of the species offered at each of these locations. 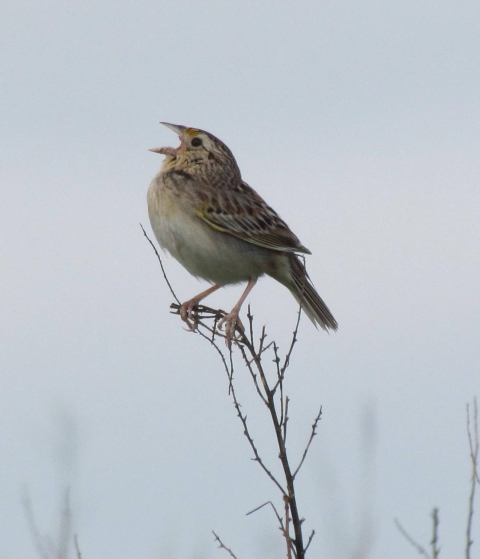 Grasshopper Sparrow: Grasshopper sparrows are abundant during the breeding season in the grassland areas of the Wilna, Hutchinson, and Tayloe Units. This species feeds and nests on the ground in the tall, dense stands of grasses which are maintained through prescribed fire and mowing. Though usually a very secretive bird, breeding males can be seen perched and singing during late spring and summer 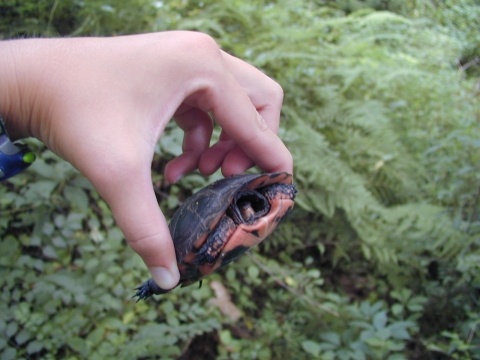 Spotted turtle: The spotted turtle is of great conservation concern, preferring moist vernal pools in shady forests. These reptiles can be identified by their dark shells dotted with small, yellow spots and can be found most often near shallow water. They are more difficult to spot during the summertime as they have been known to undergo a period of dormancy but can be found other times of the year around the refuge’s wetlands and ponds.