The Oregon Department of State Lands is developing a Habitat Conservation Plan (HCP) for the Elliott State Forest in Oregon’s Coos and Douglas Counties. The plan will balance forest research and management activities with the conservation of rare species and their habitat on the Elliott State Forest. The Service prepared a draft Environmental Impact Statement to analyze the potential effects of issuing an incidental take permit and approving the plan. Species that will likely be covered under the plan include the northern spotted owl, marbled murrelet, and Oregon Coast coho.

The public comment period is open and has been extended until January 10, 2023.

Public Meeting for the draft EIS

The Service held a virtual public meeting on December 13, 2022, from 2 p.m. to 3:30 p.m. Pacific time. The meeting included presentation on the proposed HCP and draft EIS, followed by an opportunity for questions and discussion. Public comments were not taken at this meeting. We encourage you to submit your written comments using one of the methods described above.

The Service also held a public comment period during scoping that closed June 6, 2022. We encouraged the public and stakeholders to help identify issues and alternatives for the plan. The Oregon Fish and Wildlife Office and NOAA Fisheries West Coast, a cooperating agency, held a virtual public meeting on May 16, 2022 from 6 p.m. to 8 p.m. PT. A closed captioned recording of the meeting is available. 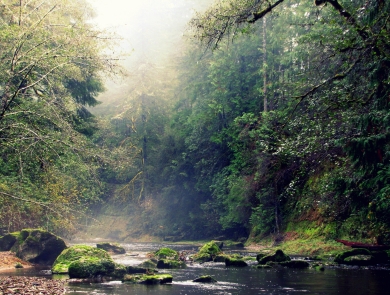