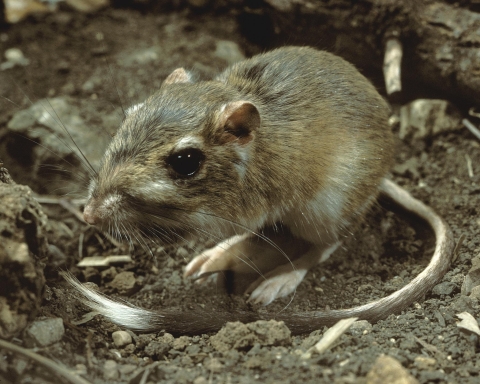 The U.S. Fish and Wildlife Service is announcing a programmatic Candidate Conservation Agreement with Assurances (CCAA) for the Texas kangaroo rat. The 10-year agreement with the Texas Parks and Wildlife Department (TPWD) involves private landowners with agricultural and farming operations to address the conservation needs of the species in North-Central Texas.

“This agreement with TPWD and willing private landowners is important because Texas kangaroo rats live primarily on private lands throughout their range,” said Amy Lueders, the Service’s Southwest Regional Director. “We are thankful for TPWD’s leadership in developing this tool, which will provide landowners incidental take coverage for existing and ongoing agricultural activities in return for enacting voluntary conservation actions for the species.”

"Texas Parks and Wildlife Department staff look forward to enrolling interested landowners in the Texas Kangaroo Rat CCAA,” said Meredith Longoria, Deputy Director for the Wildlife Division at TPWD. “This is an opportunity for landowners to take an active role in reducing the likelihood that this species will be added to the endangered species list by agreeing to land management practices that will benefit the species. If the Texas Kangaroo Rat is added to the list in the future, participating landowners will receive the benefit of being able to continue to manage their land under the terms outlined in the agreement established prior to listing without fear of violating the Endangered Species Act.”

A CCAA is a formal, voluntary agreement between the Service and private landowners to conserve habitat that benefits at-risk species. In return, participating property owners receive assurances that no additional conservation measures will be required if the covered species is listed as threatened or endangered under the Endangered Species Act (ESA).

The Service provides these assurances through an “enhancement of survival” permit, giving authorization to participating landowners for take that is incidental to conservation and ongoing activities covered by the CCAA. Take includes incidentally harming or killing a listed species which is prohibited under the ESA unless a permit is issued.

Under the Texas kangaroo rat CCAA, private landowners with agricultural and farming operations within the historical range of the species may carry out measures to maintain and enhance existing habitat or populations of the species and support the establishment of additional populations on their enrolled properties. These conservation measures include prescribed grazing, prescribed fire, range planting and reseeding, maintaining dirt road edges, and conserving prairie dog colonies.

The Texas kangaroo rat is a small brown mammal with a white belly, named for its hopping style of locomotion and elongated rear feet that resemble those of a kangaroo. The CCAA covers the historical range of the species in Texas in all or portions of 11 counties: Archer, Baylor, Childress, Clay, Cottle, Foard, Hardeman, Montague, Motley, Wichita and Wilbarger.

Texas kangaroo rats are declining in numbers due to multiple factors, including habitat loss. The Service is assessing the status of this species and will soon determine whether it warrants a proposed listing under the ESA.

Using tools such as this CCAA, the Service and its partners have been able to prevent the need to list or accelerate the recovery status of more than 45 fish, wildlife and plants across the Southwest Region.  Nationally, the use of tools like this has helped the Service and its partners keep more than 250 fish, wildlife and plants under state management authority or accelerate recovery status.

The final CCAA can be found online here: https://www.fws.gov/library/collections/candidate-conservation-agreement-assurances-texas-kangaroo-rat.

The Service’s priority is to make implementation of the ESA less complex, less contentious and more effective. We seek to accelerate recovery of threatened and endangered species across the nation, while making it easier for people to coexist with these species. We work to proactively conserve habitats for declining species through voluntary tools like CCAAs and the Partners for Fish and Wildlife program. To learn more about the Endangered Species Program, visit http://www.fws.gov/endangered/. 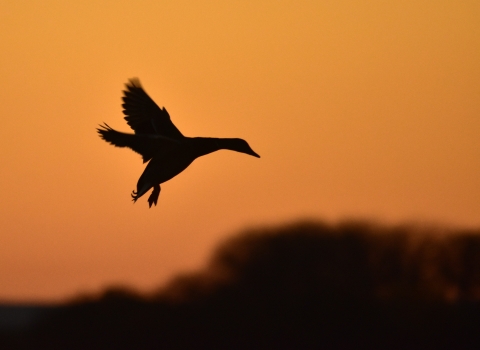 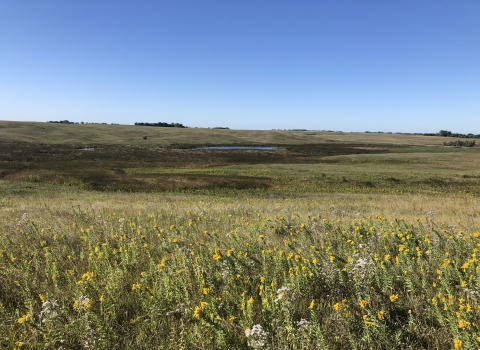