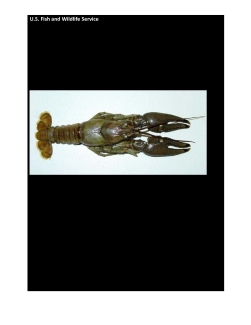 Establishment and impacts in the Midwest, Northeast, and few locations in Western United States are occurring. There is high risk of additional introduction, establishments and impacts in other areas throughout the United States through bait bucket introductions or range expansion. There are documented instances of O. rusticus displacing native crayfish species and lowering the abundance and diversity in aquatic vegetation and invertebrates in areas they invade. In at least some cases, ecosystems are unable to recover from the effects of O. rusticus even after its population is reduced. The species is reported to be somewhat salinity tolerant. It could impact estuarine environments. Climate match with the United States is high. Overall assessment for this species is high.