Image Details
Trails for Non-Hikers
Skip, stroll or paddle your way down these refuge paths

You love sightseeing and outdoor discovery. Hiking? Um, not so much.

Plenty of trails on national wildlife refuges are just your speed.

Take your pick from a slew of refuge paths — including art trails, nature trails and scat trails (yes, scat trails) — that will entertain you without leaving you sore and sweating. Here are just a few examples.

To see a joining of art and nature, follow the Art Trail along a re-opened salmon spawning stream at Willapa National Wildlife Refuge. The quarter-mile trail uses art pieces by University of Washington students to teach about the coastal region’s native wildlife and habitat.

Salmon — key to life in the Northwest — get the spotlight. An oversize salmon skeleton sculpture marks the trail start, near the phytoplankton entry gate (named for the microscopic plants that nourish salmon). Carved spinners along a winding, wheelchair-friendly boardwalk depict salmon life stages; curves in the walkway mimic the natural bends of a stream. The Art Trail connects to the three-quarter-mile Cutthroat Climb Trail, with more interpretive art, focusing on birds. (In April 2022 a treefall temporarily closed the Cutthroat Climb Trail; check the refuge website for trail reopening.)

The trails get high marks on Trip Advisor. “Beautiful! Camera worthy!” writes Laurie F from Bellevue. “Quite amazing,” writes 1stimer_11 from Jefferson, Oregon. “A serene walk in a beautiful spot.”

In the Mojave Desert about an hour’s drive northeast of Las Vegas, a refuge oasis is home to a small native fish: the rare Moapa dace. For 10,000-plus years, the tiny fish thrived in the warm springs along the Muddy River — and nowhere else on the planet.

But land clearance and development changed the picture. In 1935 construction of the Hoover Dam introduced invasive fish that feed on dace larvae and compete for food resources. The building of resorts in the 1950s, with swimming pools and bath houses, took more dace habitat. In 1979 Moapa Valley National Wildlife Refuge was established — the first refuge set aside for an endangered fish — to preserve habitat for the dace.

From a viewing window along a short wheelchair-friendly trail, see the fish swim a real spring-fed stream. “What is remarkable … is that it gives you a perspective of the world from the fish’s point of view,” says U.S. Fish and Wildlife Service employee Angelina Yost, formerly based there.

For a Nevada twofer, add in a side trip to Pahranagat National Wildlife Refuge (below).

Wow your friends. Gross out your family. Hey, it’s not every day you get to identify wildlife by their poop along a “scat trail.” The trail — the Wildlife Education Boardwalk along the Indigo Trail at J.N. “Ding” Darling National Wildlife Refuge in Florida — also includes an animal tracks ID exhibit.

“Poop panels” include scentless 3D models of animal scat. Aspiring wildlife sleuths can try to match  scat samples to the animal that might have left it.

Henry Oelz, age 8, from California, joined his cousins and his dad, Andrew Oelz, on a walk down the trail one spring. Henry peered at the yellow-crowned night heron scat box. “It looks like he had scrambled eggs for breakfast,” he said, to laughs. At another box, Henry nailed the scat quiz ID, matching American alligator scat to the large reptile. “I got one right!” he crowed.

Refuge video: The Scoop on Poop.

While you’re there, try out the refuge’s “tech trail,” also known as the iNature Trail. The trail lets visitors get an interpretive assist from their smartphones via QR codes.

On May 12, 1865 — a full month after Robert E. Lee surrendered to Ulysses S. Grant in Virginia — Northern troops and Southern troops were still at it in Texas. Even though they’d heard the news from Appomattox, Union and Confederate forces clashed in the Battle of Palmito Ranch on the banks of the Rio Grande.

The rebels won. Some call the two-day battle the last land battle of the Civil War. Others regard it as a post-war action.

The refuge, the National Park Service and the Texas Historical Commission are partnering to give it higher visibility. Protecting and promoting the battlefield is “one of the highest priorities for Civil War battlefield sites in Texas,” says refuge manager Bryan Winton, “as this area has remained largely unchanged since the battle occurred.”

Battle history not your thing? Head north for another side of history. In Wyoming, the Lombard Ferry crossing of the Green River at Seedskadee National Wildlife Refuge marks the intersection of several historic pioneer routes: the Oregon Trail, the Mormon Trail, the California Trail and the Pony Express Trail.

Take It Sitting Down

If you want to raise the adventure quotient without tiring your feet, canoe trails on national wildlife refuges could be just your ticket.

In south Georgia, paddling the fabled cypress swamp at Okefenokee National Wildlife Refuge is a treat in spring and fall. Look for alligators, sandhill cranes and lots of other wildlife.

The 1.25-mile trail offers spectacular views of the Bitterroot Mountains. Two photo blinds overlook wetlands, where you might catch sight of pelicans and grebes, as well as raptors.

Trails at urban refuges hold pleasant surprises, too. Starting in July, visitors to John Heinz National Wildlife Refuge at Tinicum in Philadelphia, for example, will be able to use an augmented reality, geo-triggered app called Agents of Discovery while exploring refuge trails. As they use trail sightings to answer app questions, they earn points. When they acquire enough points, they can return to the visitor center for a small prize.

If you’re already checking out Moapa Valley Refuge (above), why not make it a twofer?

Trails at nearby Pahranagat National Wildlife Refuge in Nevada, established to protect migratory birds, honor native people of the area. The water that feeds the Pahranagat Valley oasis drew them both.

For thousands of years before the refuge was established in 1963, the Nuwuvi, or Southern Paiute, people roamed this Mojave Desert region. The Nuwuvi fished, hunted and gathered seed here until the government took their lands in the 1850s, then flooded 8,000 ancestral Nuwuvi acres for a 1940 dam. But the Nuwuvi live on.

The short Visitor Center Trail at Pahranagat Refuge pays homage to Nuwuvi culture. Tribe members worked with refuge staff to design exhibits along the trail and in the visitor center.

A contemplative circle contains seven smaller concentric blue circles, representing the seven tribes of Southern Paiutes. A post lists the names of local tribes and explains the 10 directions tribe members use to view the world: north, south, east, west, up, down, inside, outside, past and future.

And That's Just for Starters

Looking for a “no-hiking-required” trail on a closer wildlife refuge? 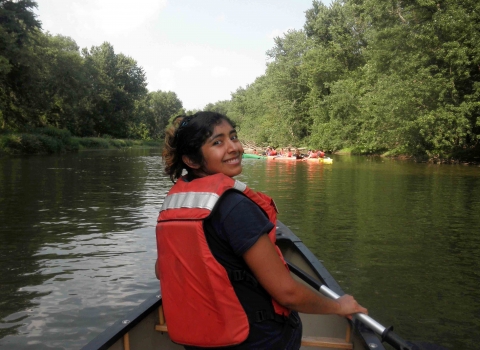 Recreation
Serenity on the Water 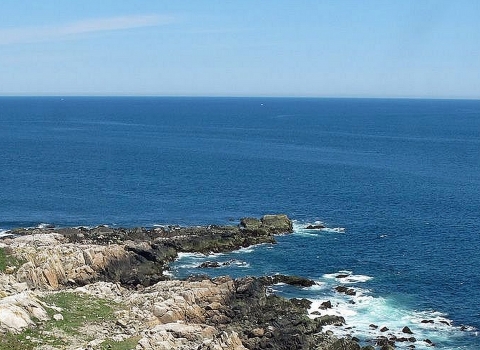 History and Culture
Lighthouses of the Refuge System 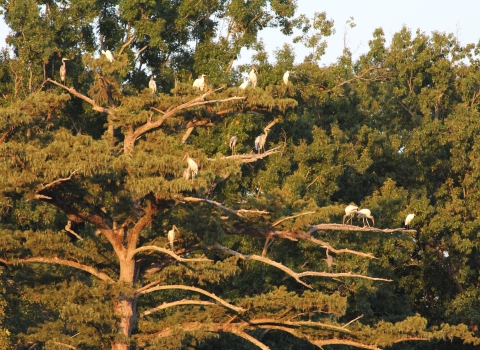 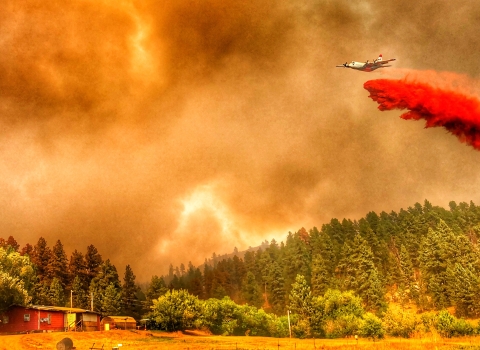 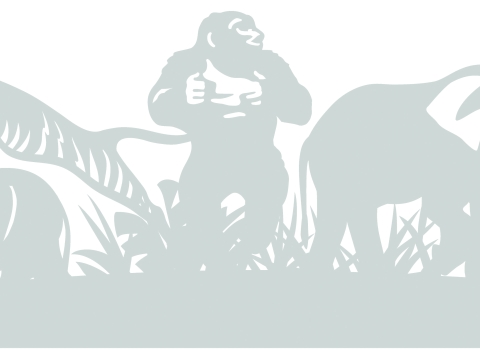 Get Involved
Tiger Stamps Are Here to Stay!*