Lee Metcalf National Wildlife Refuge is a representation of the diverse native wildlife habitat once found abundantly between the Bitterroot and Sapphire Mountains and along the ever-changing Bitterroot River. 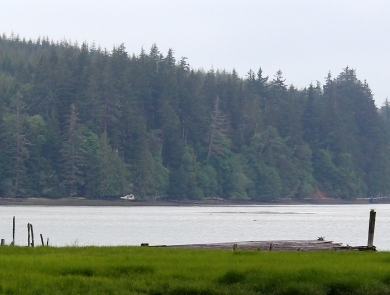 History and Culture
National Wildlife Refuges Along the Lewis and Clark Trail
A couple dozen U.S. Fish and Wildlife Service national wildlife refuges are situated roughly along the 1804-1805 westbound route of explorers Lewis and Clark. This story features a dozen refuges, in east-to-west order.
Jun 27, 2022 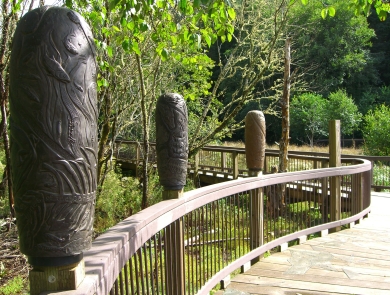 Recreation
Trails for Non-Hikers
Plenty of trails on national wildlife refuges entertain without leaving you sore and sweating. Here are some — including art trails, nature trails and scat trails (yes, scat trails).
Mar 25, 2020

The Refuge encompasses a portion of the Bitterroot River and is located between the scenic Bitterroot and Sapphire Mountains. This floodplain refuge provides a diverse mosaic of western mountain valley habitats including gallery and riverfront forest, wet meadow, wetlands, and grassland benches...perfect material for creating or designing visual products for you to enjoy, utilize or learn from.

Lee Metcalf National Wildlife Refuge, established on February 4, 1964, is a 2,800-acre refuge located in the Bitterroot River Valley of southwest Montana. The Refuge is approximately 2 miles north of Stevensville and 25 miles south of Missoula in Ravalli County, Montana. Elevation ranges from about 3,225 feet on the north end of the Refuge to about 3,314 feet on the southern end. This floodplain refuge provides a diverse mosaic of western mountain valley habitats including gallery and riverfront forest, wet meadow, wetlands, and grassland benches.

For use as an inviolate sanctuary, or for any other management purpose, for migratory birds. As suitable for:

(2) the protection of natural resources

(3) the conservation of endangered species or threatened species.

The Refuge is 'in the community' on many levels. One way of measuring the Refuge "in the community" is economically. Erin Carver and James Caudill (both USFWS employees) recently published (2013) the Banking on Nature report . Their summary findings for the system of 560+ refuges:

Obviously, the economics puts a dollar figure on broad recreational activities. Drilling down to specifics, the Refuge integrates with communities in a variety of ways. The Refuge coordinates with schools on a statewide basis the Junior Duck Stamp program which provides curriculum to "connect students with nature through the arts". Refuge Volunteer Rebecca Ames goes into Bitterroot Valley elementary school classrooms introducing children to our locally common plants and animals. Bitterroot Valley high school students are employed for the summer through the Youth Conservation Corps.

The Refuge also participates in community-based special events, such as: Creamery Picnic, Scarecrow Festival, Bitterroot Birding and Nature Festival and Welcome Back Waterfowl Day. Montana Department of Tourism, Stevensville Main Street and Stevensville Civic club meetings have been attended by staff. Staff also do wildlife presentations to a spectrum of other civic organizations. There is coordination with Ravalli County Weed District and the Police Departments for the County and Stevensville. The culture and history of the Bitterroot Valley, e.g. the Salish, Corps of Discovery, Nez Perce, Plummer gang, founding of Stevensville, obviously encompasses the Refuge and we also share in this heritage.