Q: What action is the U.S. Fish and Wildlife Service taking?

A:          The Service is proposing to designate critical habitat in Monroe and Miami-Dade counties, Florida for Big Pine partridge pea, wedge spurge, sandflax, and Blodgett’s silverbush.

Q: What is a Big Pine partridge pea? 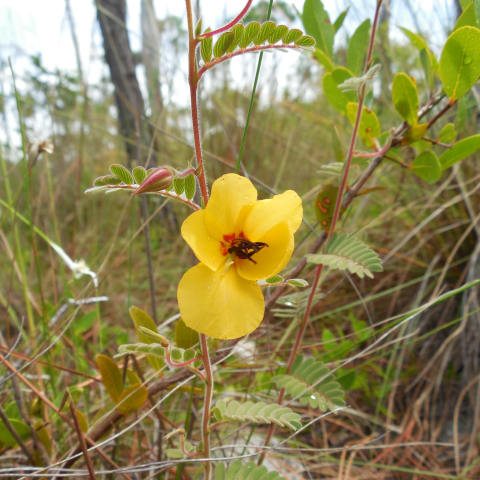 A:        Big Pine partridge pea (Chameacrista lineata var. keyensis) is a Florida native shrub with a woody base and large yellow flowers. It was listed as an endangered species in 2016. The flowers have five buttercup-like petals, with reddish-brown stamen and grows to about 30 inches tall with compound leaves. It serves as host to the little sulphur butterfly and is only found in Cudjoe Key and Big Pine Key, home to the Key Deer National Wildlife Refuge in Monroe County, Florida. Without the protections the refuge provides, this plant might not exist today. Source: Chamaecrista_lineata.p65 (fnai.org)

Q: What is wedge spurge? 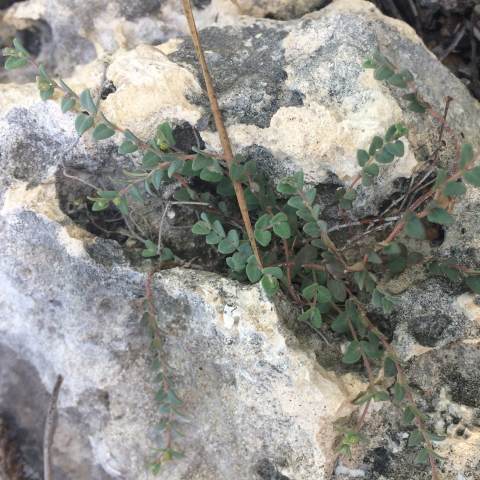 A:          Wedge spurge (Chamaesyce deltoidea ssp. serpyllum) is a wiry-stemmed, matting, perennial herb with tiny triangular to oval leaves. It was listed as an endangered species in 2016. Male and female flowers are arranged together in a cup-like structure structure
Something temporarily or permanently constructed, built, or placed; and constructed of natural or manufactured parts including, but not limited to, a building, shed, cabin, porch, bridge, walkway, stair steps, sign, landing, platform, dock, rack, fence, telecommunication device, antennae, fish cleaning table, satellite dish/mount, or well head. 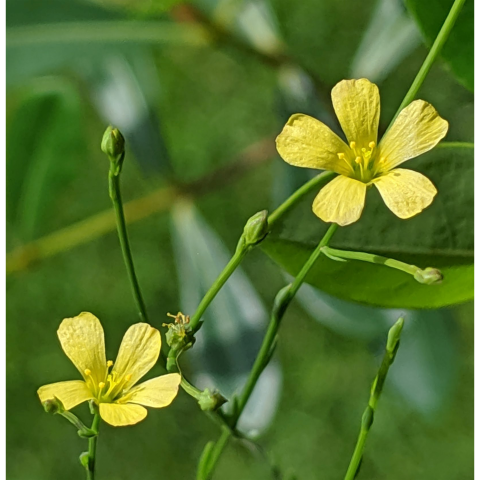 A:          Sand flax (Linum arenicola) is an herb with several wiry, angled stems 8 - 28 inches tall, usually without leaves by flowering time. It was listed as an endangered species in 2016. The flowers are less than half an inch wide, with 5 yellow spreading petals, 5 gland-toothed sepals, and 5 separate styles. The fruit is a rounded capsule with a tiny, pointed beak and persistent sepals, opening into 10 segments. The sand flax grows in pine rocklands and adjacent disturbed areas of Monroe and Miami-Dade counties and has also been reported from marl prairies at sites that have been artificially drained. Source: Linum_arenicola.p65 (fnai.org)

Q: What is Blodgett’s silverbush? 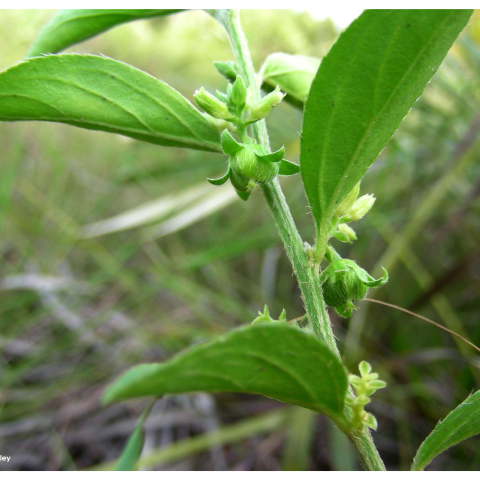 A:          Blodgett’s Silverbush (Argythamnia blodgettii) is an erect herb, often unbranched with green stems up to 2 feet tall. It was listed as a threatened species in 2016. Pine rocklands, edges or gaps in rockland hammocks, and coastal berms are the primary habitats for Blodgett’s silverbush in Monroe and Miami-Dade Counties.

Q: What do all four plants have in common?

A:          All four plants occur in the pine rockland community, which historically occupied most of the uplands of southern Miami-Dade County. The habitat is characterized by an open canopy of South Florida slash pine and is dominated by native pine rockland plants.

The pine rockland community is threatened by the lack of prescribed fire and suppression of natural fires. Without fire, rock pinelands morph into rock hammocks over time, taken over by tall hardwood trees that deny understory native plants the sunlight and space they need to thrive. Nonnative plants have encroached in pine rocklands, competing with native plants for space, light, water, and nutrients, and make habitat conditions unsuitable for Big Pine partridge pea, wedge spurge, sand flax, and Blodgett’s silverbush, which require open spaces with direct sunlight to grow and flower.

Q: What are the threats to the four Keys plants?

A:      The primary threat to these species is habitat loss, fragmentation, and degradation stemming from increased human populations. Additional threats to these species are fire suppression, mowing, and competition with nonnative species. These endemic species exhibit a high degree of isolation and are therefore susceptible to extinction from both random and nonrandom catastrophic natural or human-caused events.

Q: What is critical habitat?

A:           The ESA defines critical habitat as the specific geographic areas that contain features essential to the conservation of an endangered or threatened species that may require special management and protection. Critical habitat may also include areas that are not currently occupied by the species but will be needed for its recovery.

Q: Does critical habitat designation affect all activities that occur within the designated area?

A:        No. Critical habitat designation does not necessarily restrict activities, but federal agencies must make special efforts to protect the important characteristics of these areas. Only activities that involve a federal permit, license, or funding, and are likely to destroy or adversely modify the area of critical habitat will be affected. If this is the case, the Service will work with the agency and, where appropriate, private or other landowners, to amend their project to allow it to proceed without adversely affecting the critical habitat. Thus, most federal projects are likely to go forward, but some will be modified to minimize harm to critical habitat.

Q: How does the Service determine what areas to designate as critical habitat?

A:          Biologists considered physical and biological features the species needs for survival and reproduction. These include:

Q: What is the proposed critical habitat for Big Pine partridge pea?

Q: What is the proposed critical habitat for wedge spurge?

Q: What is the proposed critical habitat for sand flax?

Q: What is the proposed critical habitat for Blodgett’s silverbush?

Q: What is the draft economic analysis on this proposed action, what did it find?

A:          Draft economic analyses (DEA) are created to analyze the economic impacts of a proposed critical habitat designation. The DEA for the four Keys plants found that the economic cost of implementing the rule will be $11,500 annually, and likely be limited to additional administrative effort in considering adverse modification of the plants’ habitat during Section 7 consultations.

Q: Which other threatened or endangered species are found on the lands being proposed for critical habitat for the four Florida Keys plants?

A: Some of Florida’s most well-known species can be found in the Florida Keys. Big Pine Key is designated critical habitat for Florida leafwing and Bartram’s scrub-hairstreak butterflies. Upper and Lower Sugarloaf Keys are not designated critical habitat for any species. The endangered bonneted bat occurs across south Florida, including pine rocklands in Miami-Dade County. The endangered small’s milkpea occurs in small patches in Miami-Dade County and is found throughout the Homestead Air Reserve Base. Florida leafwing and Bartram’s hairstreak butterflies, Carter’s small-flowered flax and Florida Brickell-bush have designated critical habitat in Richmond Pinelands.

Q: Are the lands being proposed for critical habitat designation occupied by the four Florida Keys plants?

Q:  What can the public do to conserve native plants?

A:           The U.S. Fish and Wildlife Service offers some programs to protect and expand the population of threatened and endangered plants. The Fairchild Tropical Botanical Garden in Florida also offers the Connect to Protect Network, a citizen science program that enlists South Florida residents to plant native plants in order to connect the few remaining isolated fragments of pine rockland. This helps pollinators to move between habitat fragments and helps native plants reproduce.

Q: How do I submit comments on this proposal?

A:          For directions on how to submit comments, visit the Federal eRulemaking Portal at http://www.regulations.gov. In the Search box, enter FWS-R4-ES-2022-0116, which is the docket number for this rulemaking. Comments must be received by December 13, 2022. We must receive requests for a public hearing, in writing, at the address shown below by November 28, 2022.