Every spring and fall across the United States migratory birds die by the hundreds of millions in collisions with buildings, confused by reflective and transparent glass and artificial lights at night. In New York City alone, the annual collision toll is as high as 230,000 birds, including U.S. Fish and Wildlife Service (Service) Birds of Conservation Concern such as the blue-winged warbler, Canada warbler, bay-breasted warbler, and wood thrush. This year’s World Migratory Bird Day theme is “Dim the lights for birds at night” to raise awareness about the negative impacts of light pollution and collisions with building glass on bird populations.

New York City was designated an Urban Bird Treaty City by the Migratory Bird Program in 2008. For over two decades, NYC Audubon, the lead UBT partner in the city, has operated a Project Safe Flight program to understand this major cause of migratory bird loss in the city and develop solutions. In annual spring and fall collision surveys since 1997, community science volunteers have recorded nearly 7,000 collisions involving 120 migratory and resident species, resulting in the first published study of NYC collision numbers. A seven year study with Cornell University at the September 11 Tribute in Light found that the beams draw birds from as far as five kilometers away and keep them circling in the lights, exhausting their energy reserves and making them vulnerable to collisions and predators.

This research and studies by other scientists have led to the development of solutions, including landscaping designed to keep birds away from windows and glass with patterns visible to birds. NYC Audubon and American Bird Conservancy developed the first bird-friendly building design guidelines and co-introduced a pilot LEED credit for buildings that incorporate bird-friendly practices. The 2015 renovation of the Jacob K. Javits Convention Center resulted in a 90% reduction in bird deaths and injuries. The Service recently updated its best practices for reducing bird collisions with buildings, which can be found here.

Collaborating with the architectural and real estate communities, NYC Audubon led the effort in 2019 to shape and pass the nation's most far-reaching bird-friendly buildings legislation. Local Law 15 requires bird-friendly materials on all new construction and major renovations. In 2020, a coalition including NYC Audubon helped pass New York City's first legislation to turn off unnecessary building lights during migration. That law applies to municipal buildings only, but the effort continues to pass broader Lights Out legislation at the city and state level.

NYC Audubon continues to work for the widespread adoption of collision prevention solutions in New York City and to share strategies and tools with groups in other cities such as through the Urban Bird Treaty Program’s Community of Practice involving more than 20 cities. It encourages retrofits of buildings identified by collision monitoring as especially hazardous and provides technical assistance to owners, most recently the Metropolitan Museum of Art, Queens Museum, 1 Hotel Brooklyn Bridge Park, and Liberty Park on the World Trade Center campus. Feather Friendly was also applied recently at the Jamaica Bay Wildlife Refuge Visitor Center in Queens and Brooklyn’s Marine Park Salt Marsh Nature Center.

Its crowd-sourced bird mortality database, dBird.org, makes it easy for individuals to report collisions and for organizations to visualize mortality data and connect people to conservation efforts. As of early 2022, 42 organizations and agencies across the continent are using dBird, including Columbia University, New York University, Seattle Audubon, Atlanta Audubon, and the Canadian Wildlife Service. 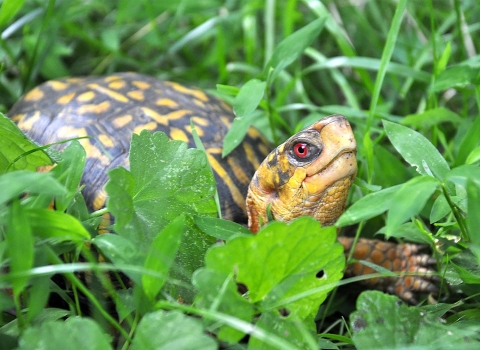 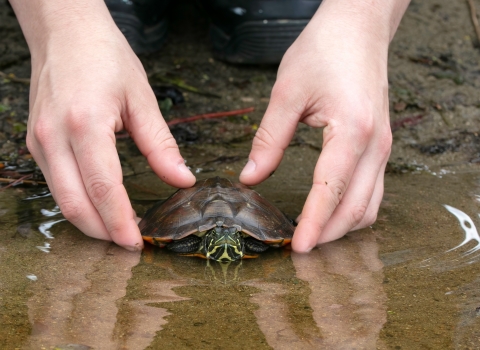 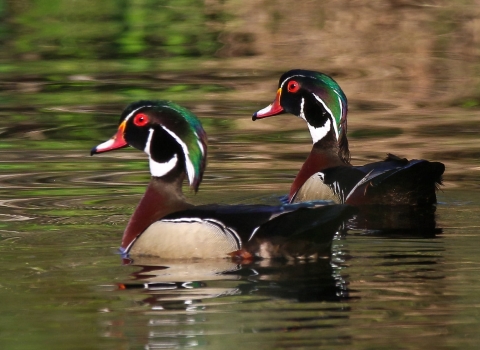