Image Details
When Dams Come Down, Fish Come Back
From the Winter 2022 Fish and Wildlife News

“What did the fish say when it hit the wall? Dam!”

Whether you laughed or groaned, this joke captures the conundrum faced by migratory fish ever since European settlers harnessed the power of the nation’s rivers to make everything from flour to textiles to paper.

In the Northeast, fish like alewife and blueback herring (collectively called river herring), American shad, and American eel split their time between freshwater and saltwater habitats. They’ve been shut out of their spawning and nursery grounds in many waterways for centuries, whether by dams or other barriers. Bad news not only for them — river herring are under review for potential Endangered Species Act protection — but for big ocean species like cod and tuna who prey on them.

Following Hurricane Sandy in 2012, the Service received more than $100 million to improve the health of coastal habitats to benefit wildlife and people. Since then, we’ve worked with partners to remove 12 dams and improve passage at two other sites, re-opening more than 100 miles of river to migratory fish.

With obstacles gone, the fish are returning to their old ways across the Northeast, often at the first opportunity.

In 2005, the rain-swollen Mill River threatened to breach Whittenton Pond Dam and flood downtown Taunton, a half-mile away. The incident made national headlines and spurred an effort to remove the river’s aging and unsafe dams, which kept migratory fish from reaching spawning grounds in Lake Sabbatia and its tributaries.

We worked with others to remove the dam in 2013 — and the river’s final barrier, West Britannia Dam, in January 2018.

Last spring, an underwater camera monitored by the Massachusetts Division of Marine Fisheries captured a river herring using the fish ladder at Lake Sabbatia — the first to enter the lake in 200 years. Before spawning season was done, at least 1,200 herring swam through to the lake.

A few sea lampreys also passed through the ladder, probably the first to do so since the dams were built. Although lampreys are a problem in the Great Lakes watershed, where they are an invasive species invasive species
An invasive species is any plant or animal that has spread or been introduced into a new area where they are, or could, cause harm to the environment, economy, or human, animal, or plant health. Their unwelcome presence can destroy ecosystems and cost millions of dollars.

Learn more about invasive species that out-competes native fish, they are a boon to rivers and streams along the East Coast.

More than 1,300 young-of-the-year American eels made the journey to Lake Sabbatia, as well — more than any previous year. Eels reproduce in the ocean and mature in rivers and streams — the opposite of river herring, shad, and sea lampreys.

The Pawcatuck River runs from Worden Pond in Rhode Island, west to the Connecticut border, and south into Little Narragansett Bay. Since 2010, we’ve worked with partners to remove four dams and update two fish ladders on the river.

White Rock Dam was taken down in 2015 and improvements were made to the fish ladder at Potter Hill Dam in 2016. Surveys in 2017 found river herring and shad above the White Rock site, which was once all but impassable. The fish count at Potter Hill was the highest in 15 years.

Last winter, Bradford Dam was replaced with a nature-like fishway, clearing nearly all of the river’s 34 miles to migratory fish.

Hyde Pond Dam held back Whitford Brook, a tributary of the Mystic River, for some 350 years before its removal in 2015. This year, more than 1,200 alewives were trapped upstream of the former dam.

In 2016, the dam blocking the West River on the Pond Lily Nature Preserve in New Haven, Connecticut, was taken down.

Removal of Norton Mill Pond Dam in 2016 opened 17 miles of the Jeremy River to migratory fish. The following year, 127 sea lamprey nests were found above the former dam site; in 2018, there were 165.

In 2016, Hughesville Dam on the Musconetcong River was removed. A tributary of the Delaware River, “the Musky” is a National Wild and Scenic River.

The next spring, the New Jersey Division of Fish and Wildlife confirmed an American shad upstream of the former dam site — possibly the first to make it that far since the dam was built in 1889.

Wreck Pond was once connected to the ocean by a natural inlet that allowed fish to pass between the water bodies. After the inlet was replaced with a narrow pipe in the 1930s, the health of the pond deteriorated, and river herring struggled to enter the pond, the gateway to spawning grounds upstream.

Hurricane Sandy overwhelmed the existing entry to the pond, cutting a new inlet and flooding nearby homes. In 2016, partners installed a large box culvert next to the existing pipe to improve fish passage and reduce flooding.

In fall 2017, young-of-the-year alewife on their way to the Atlantic were netted near the culvert — a clear sign that adults were making it to the spawning grounds upstream. This year, more than 150 were found — a 30-fold increase over any other recent year.

Removing barriers to fish benefits people, as well. A 2011 Service study found that every mile of river opened can contribute more than $500,000 annually in social and economic benefits once fish populations are at their full productivity.

Free-flowing rivers also make the coast stronger in the face of future storms.

They carry sediment downstream, where it nourishes coastal marshes and beaches that provide a natural defense to rising seas and storm surge. During Hurricane Sandy, coastal wetlands prevented $625 million in flood damages. In many cases, the risk of local flooding above a former dam is also reduced.

And then there’s the fun part — more opportunities for recreation like fishing and paddling. The American shad already returning to the Musky and Pawcatuck are prized by anglers for their feistiness. Experienced paddlers are able to “run” the nature-like fishways on the Pawcatuck instead of portaging around the old dams, making their passage almost as easy as that of migrating fish.

In the coming years, the National Fish and Wildlife Foundation will oversee nearly $3 million of ecological monitoring at nine sites where dams were removed. The work includes tracking fish with radio-telemetry as they move through waters once off-limits. The U.S. Geological Survey will assess socioeconomic effects of the removals, focusing on the value of flood reduction.

Learn more about Bipartisan Infrastructure Law  puts an emphasis on projects that help restore fish and wildlife passage and improve the resilience of natural systems.

One thing is already clear, though  —  given a chance, rivers will rebound, fish will return, and people will benefit.

That’s what we call a stronger coast. 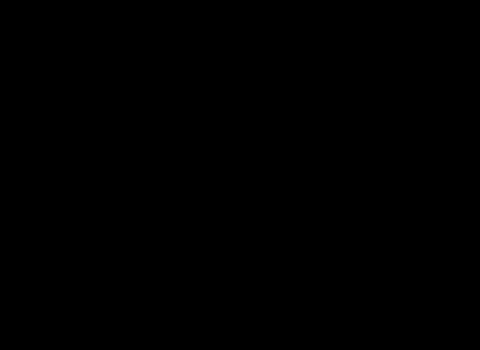