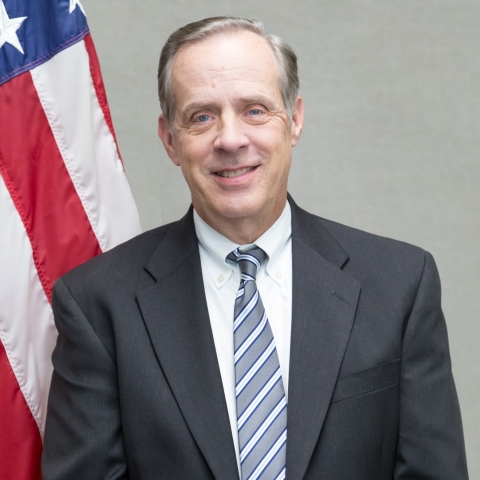 Steve Guertin provides the Service’s strategic direction and develops policy and guidance to deliver the Service mission through programs including the Refuge System, Endangered Species Program, Wildlife and Sport Fish Restoration Program, Migratory Bird Management, and others. Guertin also oversees budget formulation and execution of over $2.5 billion in annual and permanent appropriations and oversees all contracting, human capital, information technologies, external affairs, and support functions for the agency.

He is regularly called on to deliver testimony before Congressional Committees. In the past year he has testified on behalf of the Department on important legislation: before the Senate Committee on Environment and Public Works on wildlife health; before the House Committee on Natural Resources on wildlife corridors and the Recovering America’s Wildlife Act; and before the Senate Committee on Indian Affairs on Tribal wildlife corridors. He also serves as the agency liaison to support the Secretary’s Great American Outdoors Act Great American Outdoors Act
This landmark conservation law, enacted in 2020, authorizes the use of up to $1.9 billion a year in energy development revenues for five years for needed maintenance to facilities and infrastructure in our wildlife refuges, national parks, forests, recreation areas and American Indian schools.

Prior to assignment as Deputy Director, Guertin led the Mountain-Prairie Region as Regional Director for almost six years and successfully managed some of the Service’s most challenging landscape-level conservation issues, including the recovery of the gray wolf in the Northern Rocky Mountains and efforts to work with states and partners to develop conservation strategies for the greater sage-grouse.

Guertin served on the Service Regulations Committee, which works with state wildlife agencies and Flyway Councils to set the annual framework for migratory bird harvest. In addition, he developed strong working relationships with the states while serving on the Joint Federal/State Endangered Species Act Task Force and the Joint Federal/State Policy Task Force, both critical to efforts to improve state and federal coordination. He chaired the Prairie Pothole Joint Venture, the Upper Colorado River Endangered Fish Recovery Implementation Committee, the Interagency Grizzly Bear Committee, and the Missouri River Basin Interagency Roundtable, among others.

For eight years, Guertin served as Chief of the Service's Division of Budget where he worked closely with the Service’s Congressional Appropriations Committee members and staff, and he spent nine years working in the Department of the Interior, where he recommended funding and policy options for the Service and the Bureau of Land Management. He previously served for eight years in the United States Marine Corps in Hawaii, California, Virginia, and overseas.

Guertin earned a bachelor's degree from Norwich University in Vermont and a Master's of Public and International Affairs from the University of Pittsburgh, and was a Senior Executive Fellow at the Harvard Kennedy School.