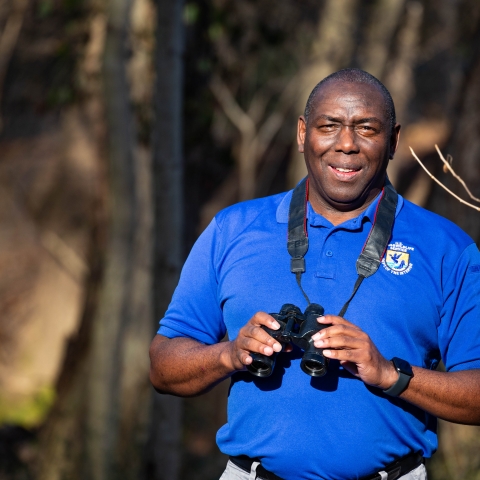 Ford is also responsible for the management of two multi-million dollar grant programs, the North American Wetlands Conservation Act (NAWCA) and the Neotropical Migratory Bird Conservation Act (NMBCA). The program also administers the Duck Stamp Program, which is an internationally recognized program that has generated more than $1 billion in revenue to help conserve wetlands.

Ford originally up in rural Homer, Louisiana (Claiborne Parish) farming, fishing and hunting. He holds a bachelor’s degree in wildlife biology from Grambling State University. While at Grambling, he participated in the Service’s student co-op program, working at multiple refuges in Louisiana. Ford’s first full-time position with the Service was as the Assistant Refuge Manager at Logan Cave National Wildlife Refuge, located in Siloam Springs, Arkansas. He later became the Deputy Project Leader at the Holla Bend National Wildlife Refuge, which was established to provide winter and feeding habitat for migrating waterfowl. In 1994, he became the Project Leader at Bayou Cocodrie NWR in eastern Louisiana, where he spent six years managing habitat for neo-tropical songbirds and the threatened Louisiana black bear. In 2000, he transferred to the nearly 70,000 acre Tensas River National Wildlife Refuge as Project Leader. This refuge is dedicated to migratory waterfowl, neo-tropical songbirds, Louisiana black bear and providing recreational opportunities for the public. In 2006, he moved to Washington, DC to serve as the Special Assistant to the Director and then served as Deputy Director of the Migratory Bird Program in 2008 until he became the Assistant Director in 2011.