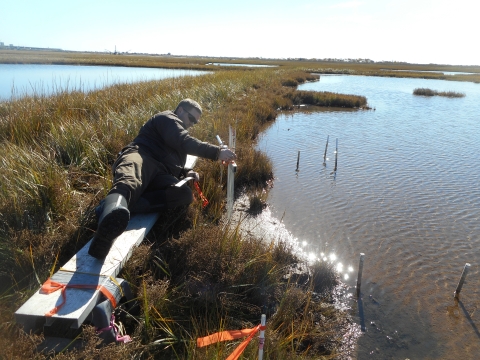 Refuge staff and Student Conservation Association interns complete saltmarsh vegetation surveys at Wertheim, Seatuck, and Lido Beach each August and September. The team surveys 203 one-meter square quadrats to assess how the salt marsh salt marsh
Salt marshes are found in tidal areas near the coast, where freshwater mixes with saltwater. 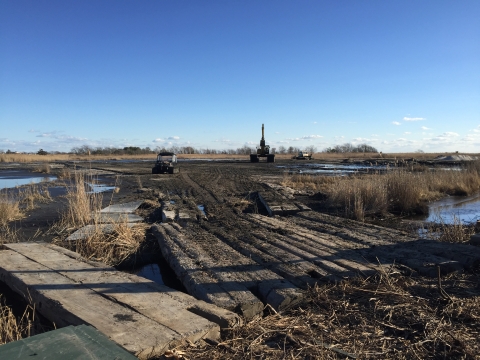 In the 1930s, ditches were added to the marshes to drain them, assuming that drier marshes would reduce the mosquito populations. However, rain water still collected in low areas and mosquitoes continued to breed, and small fish that fed on mosquito larvae could no longer get into the drier marsh areas. Pesticides developed in the 1940s suppressed the mosquitoes, but damaged the marsh ecosystem. Today, an alternative to spraying insecticides is using Open Marsh Water Management. These techniques include filling in some of the ditches and creating new tidal creeks and ponds, which allow small fish and other mosquito predators back into the marsh. 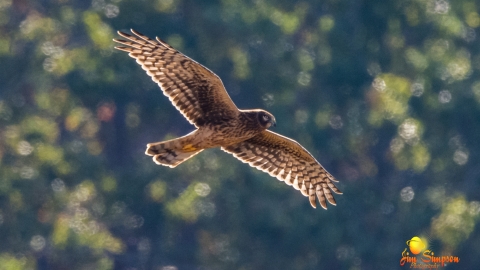