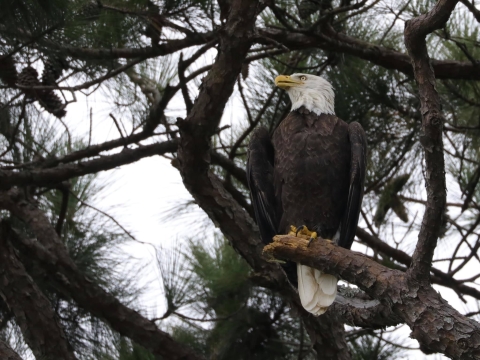 May: Bluegill and catfish are spawning. Cattle egret and heron rookeries are active. Bluebirds and Prothonotary warblers are nesting. Alligators are active. Chuck-wills widows are calling. 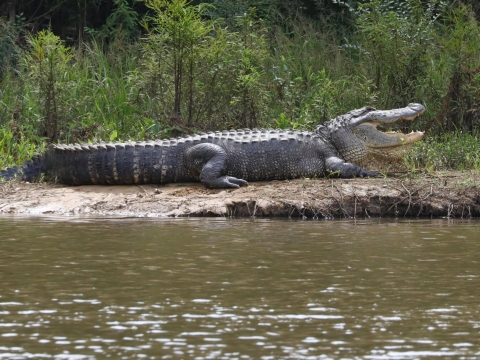 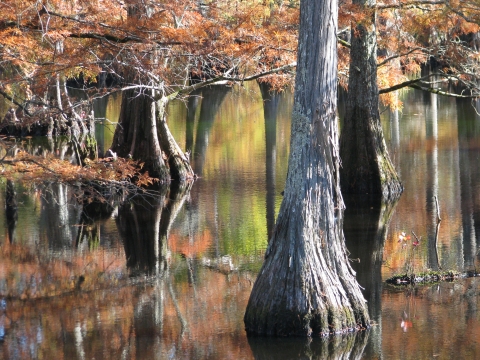 The refuge was established as a migratory bird refuge.  As part of that, it is charged to protect endangered and threatened species and to provide feeding, nesting and roosting areas for migratory birds.  Today the refuge not only has the endangered red-cockaded woodpecker, but also plays host to over 200 other species of birds.

Though not commonly seen during daylight hours, river otter, raccoon, skunk, beaver, and opossum are also among some of the refuge residents along with bobcats and foxes who are frequently seen crossing the roads or slipping through vegetation early in the mornings.