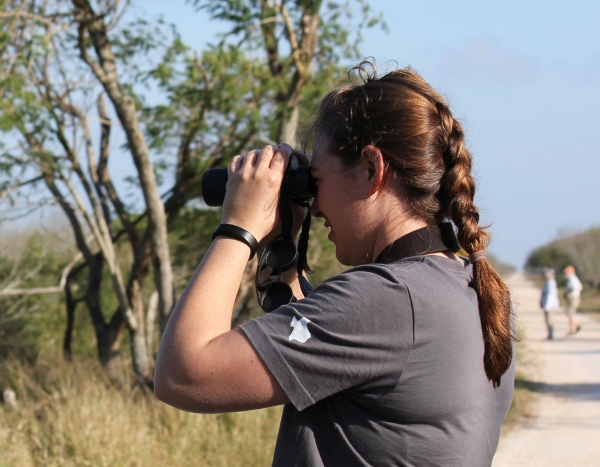 Between October and March, thousands of migratory waterfowl winter in the Chesapeake Bay. Refuge staff and volunteers have documented peaks of more than 20,000 waterfowl of 33 different species on and near the refuge. The most common species include Canada geese, tundra swans, lesser scaup, and mallards. Other waterfowl species often found on the refuge include American black ducks, canvasbacks, buffleheads, northern pintails, green- and blue-winged teal, American wigeons, ruddy ducks, longtailed ducks and other sea ducks.

The fall and spring months are the best times to view migratory songbirds, as colorful warblers, tanagers, flycatchers and vireos utilize refuge woodlands to fuel their migration. Bald eagles, our national symbol, are also found on the refuge and have nested and successfully fledged eaglets every year since 1986. Great blue herons, green herons, and great and snowy egrets are commonly found in the tidal flats and marshes of the refuge. Numerous shorebirds including killdeer, greater and lesser yellowlegs, least, spotted, and semipalmated sandpipers and woodcock can be observed at various times throughout the year. The refuge woodlands, hedgerows, open fields, and other habitats provide excellent opportunities to observe a variety of bird life, including raptors, woodpeckers, swallows, and wild turkeys.

Want to know what birds have been recently seen at the refuge? We suggest visiting Cornell's eBird page for Eastern Neck. There you can see all the bird sightings that have recently been logged by refuge visitors. Better yet, join the eBird community and contribute to the sightings list!

Winter Waterfowl Surveys (see below) have begun for fall/winter of 2022/23! A big thanks to volunteer Terry Willis for compiling the survey data!

A checklist of birds that may be found on Eastern Neck NWR, with a seasonal occurrence rating for each species.