TheBiden-Harris administration today announced that the Department of the Interior’s U.S. Fish and Wildlife Service has awarded $3.4 million in funding from President Biden’s Bipartisan Infrastructure Law for cooperative agreements with the Washoe Tribe of California and Nevada and the Tahoe Regional Planning Agency to combat the spread of aquatic invasive species invasive species
An invasive species is any plant or animal that has spread or been introduced into a new area where they are, or could, cause harm to the environment, economy, or human, animal, or plant health. Their unwelcome presence can destroy ecosystems and cost millions of dollars.

Learn more about invasive species in Lake Tahoe. The funding represents a historic effort dedicated to restoring the Lake Tahoe Basin ecosystem and emphasizes the Administration’s commitment to inclusive engagement with Tribes, partners and stakeholders.

Learn more about Bipartisan Infrastructure Law funds will be available for such work over the next five years.

Located on Washoe ancestral lands, Lake Tahoe holds significant cultural importance for the Washoe Tribe and is part of the historic range of Lahontan cutthroat trout. To oversee restoration efforts in the Lake Tahoe watershed, the Washoe Environmental Protection Department was established in 1998 and has been a key partner in ongoing restoration work.

The Service worked closely with the Tahoe Regional Planning Agency and the multi-partner Aquatic Invasive Species Coordinating Committee to identify priority areas for funding under the Bipartisan Infrastructure Law, including permanent watercraft inspection stations to aid in prevention. Under the Environmental Improvement Program, Lake Tahoe watercraft inspectors have inspected more than 100,000 boats since 2008. In that time, no new invasive species have been detected in the Tahoe region.

To strengthen collaboration with the Washoe Tribe of Nevada and California, the project team also identified several projects that will increase Tribal engagement and participation in ecosystem restoration efforts and inform future program priorities with traditional perspective and methods.

For more information about Lake Tahoe’s Aquatic Invasive Species Program and projects funded by the Bipartisan Infrastructure Law, please visit fws.gov/program/lake-tahoe-aquatic-invasive-species and trpa.gov/programs/environmental-improvement-program/invasive-species/. Images are available in the photo gallery at https://flic.kr/s/aHBqjzX9Ku. 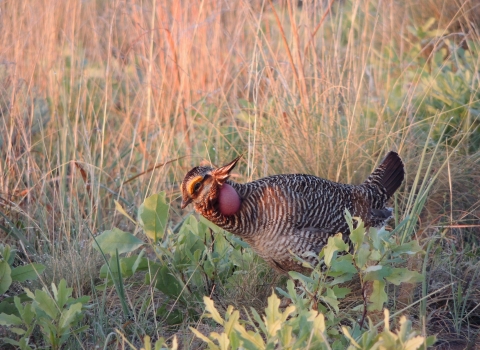