After a comprehensive scientific analyses, the U.S. Fish and Wildlife Service is proposing to list the cactus ferruginous pygmy-owl as a threatened subspecies under the Endangered Species Act (ESA), along with a proposed 4(d) rule that tailors protections for the owl. The Service is requesting comments or information from the public, governmental agencies, Native American Tribes, the scientific community, industry, or any other interested parties concerning this proposed rule.

The pygmy-owl is a six-inch tall raptor currently found in southern Arizona, southern Texas and Mexico. It is a ferocious predator, able to take down prey twice its size. The science informing the proposed listing of the owl was compiled by diverse partners in a robust species status assessment (SSA) that accounted for past, present, and future threats as well as ongoing conservation efforts. An SSA is an analytical process the Service uses to deliver foundational science for informing all ESA decisions.

The pygmy-owl’s common name includes cactus because the owls in Arizona and northern Sonora, Mexico nest in columnar cacti cavities, but they also nest in tree cavities throughout their range. The owl is threatened by activities that are reducing and fragmenting its habitat throughout its range.

The proposed 4(d) rule would prohibit the same activities as prohibited for an endangered species but would allow certain exceptions. These exceptions include specific types of education and outreach activities already permitted under a Migratory Bird Treaty Act permit and habitat restoration and enhancement activities that improve habitat conditions for the owl.

The Service is specifically seeking comment on using the state permitting process in the 4(d) rule as the basis for an exception to the prohibitions on take related to survey and monitoring activities. The Service also seeks documentation of the effects and benefits of properly managed grazing on cactus ferruginous pygmy-owl habitat, as well as the threat of current and historical improper grazing in both the United States and Mexico. The Service is also seeking information

on appropriate critical habitat for the pygmy-owl, such as areas that may be essential to its conservation.

The proposed rule publishes in the Federal Register December 22, 2021, and comments must be received within 60 days of the publication date (by February 22, 2022). Information on how to submit comments will be available at www.regulations.gov by searching under docket number FWS–R2–ES–2021–0098. Information on how to request a hearing is also included in the Federal Register notice.

1992 – U.S. Fish and Wildlife Service is first petitioned to list the cactus ferruginous pygmy-owl (pygmy-owl) under the Endangered Species Act (ESA) when the subspecies’ known population numbers in Arizona declined.

2000 – National Association of Homebuilders (NAHB) sues on validity of the pygmy-owl’s Arizona distinct population segment (DPS). Listing was upheld by the Court but CH was vacated.

2002 – Critical habitat is reproposed, but it’s never finalized due to budget constraints.

2003 – Draft Recovery Plan published, but never finalized due to the NAHB lawsuit brought that same year.

On March 20, 2007– FWS received a petition dated March 15, 2007, from the Center for Biological Diversity and Defenders of Wildlife (petitioners) requesting FWS list the pygmy-owl as endangered.

October 5, 2011 – FWS published in the Federal Register (76 FR 61856) a 12-month finding on the petition to list the pygmy-owl as endangered or threatened. We determined it was not a valid taxon and, therefore, not a listable entity under the ESA. Using the currently accepted taxonomic classification of the pygmy-owl (Glaucidium brasilianum cactorum), FWS found that listing the pygmy-owl was not warranted throughout all or a significant portion of its range, including the petitioned and other potential DPS configurations.

In 2014 – The Center for Biological Diversity and Defenders of Wildlife challenged the FWS determination that listing the pygmy-owl was not warranted under the ESA, challenging the FWS use of the ESA’s “all or a significant portion of its range” (SPR) policy.

March 28, 2017 – Court decision held that the SPR policy was invalid because it defined “significance” in such a way as to limit the SPR language to situations in which it is unnecessary. The court vacated and remanded the SPR Policy.

On November 14, 2019 – The parties to the lawsuit agreed that the Service would submit a 12-month finding to the Federal Register no later than August 5, 2021.

On July 6, 2021 – The court granted an extension to allow additional time to submit the 12-month finding to the Federal Register for publication no later than December 16, 2021.

Today – This document complies with the court’s deadline. 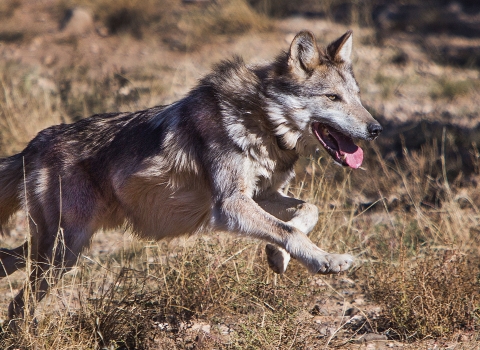