Reconnecting Lenape Tribes to their homelands

For Larry Heady, a member of the Delaware Tribe of Indians living in Duluth, Minnesota, the land along the Delaware River is more than part of New York, New Jersey and Pennsylvania; it is Lënapehòkink — the homelands.

"It represents the place of our beginnings, from where all of our stories and traditions originate; where the bones and blood of our most ancient ancestors are part of the earth,” said Heady, special assistant at the Delaware Tribe Historic Preservation Office. “It is where the heart and soul of our people reside. It is our Sacred Ground.”

The Delaware Tribe is one of three federally recognized tribes of Lenape — which roughly translates as the People — who today look eastward to their ancestral homelands in the Delaware River Basin, the greater Mid-Atlantic region and parts of Western Massachusetts and northwestern Connecticut, after centuries of forced relocation and cultural disruption.

The Delaware Tribe resettled in Oklahoma in the late 1860s after being relocated from its New York and New Jersey homelands. The Delaware Nation of Oklahoma also settled in Oklahoma during the same period, after relocation from its New York, New Jersey and Pennsylvania homelands. The Stockbridge-Munsee Mohican Nation settled in Wisconsin in the 1850s. Traditional Mohican lands extended from what is now Lake Champlain south to Manhattan Island, on both sides of the Hudson River and into Massachusetts, Vermont, and Connecticut.

“The hoop was broken when the tribes were removed from their ancestral homelands,” said Timothy Binzen, tribal liaison for the Service’s Northeast and Southeast regions. “The efforts we make today to reestablish that connection of tribal members to their homelands are, in their own way, helping mend the hoop.”

When Horne took his current role in 2010, the four refuges were still managed separately. Part of his charge was to bring them — and their staff members — together into a new refuge complex. Horne’s search for a unifying name led him to “Lenape,” an idea the three tribes embraced, he said.

“There’s been a lot of additional fruit borne from that tree in the intervening years,” he added, in reference to the burgeoning collaboration.

At its core, mending the hoop is about honoring prior commitments, demonstrating respect, listening to and hearing tribal voices, and recognizing the connection between the tribes and the land. These actions are fundamental to the management of the Lenape Complex and Forsythe Refuge.

Some aspects of collaboration between the Service and federally recognized tribes are mandated by law. Others are guided by policies, regulations, and binding orders and settlements.

As a federal agency, the Service has a “trust responsibility” for federally recognized tribes, based upon promises the federal government made when assuming control over tribal homelands more than two centuries ago.

For example, under Section 106 of the National Historic Preservation Act, when the Service is considering a proposed action on former tribal lands — such as listing a plant or animal under the Endangered Species Act, permitting the “take” of bald eagles, or constructing a new visitor center — it must consider whether the action has the potential to affect tribal interests. If it does, the Service is required to inform and consult with the affected tribe on a government-to-government basis.

As Delaware Nation Historic Preservation Director Erin Thompson-Paden puts it: “Through Section 106 reviews, consultation, and monitoring, we can protect our lands of tribal interest from physical destruction and or damage, our sacred sites such as cemeteries and ceremonial locations, and the flora and fauna of historic importance to our tribe.”

Beginning to mend the hoop

There are also proactive measures the Service can take to respect and promote tribal interests. Forsythe Refuge Visitor Services Manager Keena Nichelle Graham is working with the Delaware Nation to create tribal-led virtual education programming, likely kicking off in early 2021.

Two programs are in the works. One, geared toward adults, focuses on Lenape history and present-day experience. The other, for children, explores the way the Lenape see the world and how that vision is conveyed through tribal storytelling. Graham sees great potential in these burgeoning relationships.

“The Lenape are a vibrant people with many different skill sets,” she said. “We need to tap into those strengths — not just to tell the story of the past but to help us with the future.”

What the future holds

While honoring the past, Bonney Hartley, tribal historic preservation manager for the Stockbridge-Munsee Mohican Nation, looks toward the re-connection of the tribes and their homelands.

Hartley said the Stockbridge-Munsee Mohican Nation has always placed great importance on protecting cultural sites throughout its ancestral homelands in the Hudson, Housatonic, and Delaware river valleys and promoting the tribe’s history.

“We ask that those residing in our homelands approach our cultural sites and artifacts with humility and respect as we do, knowing that they are precious aspects of our Mohican and Munsee cultural heritage,” she said. “We want to have these places to go back to.” 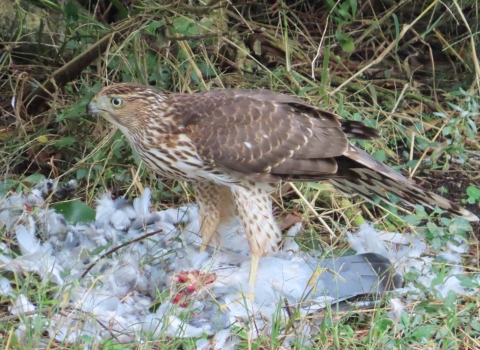 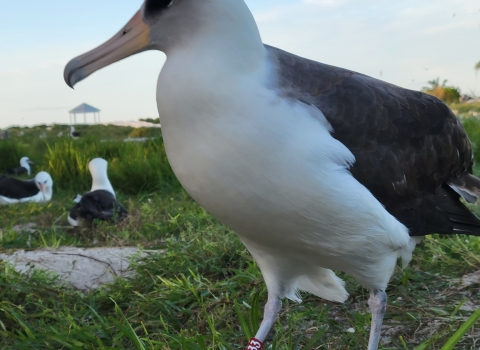 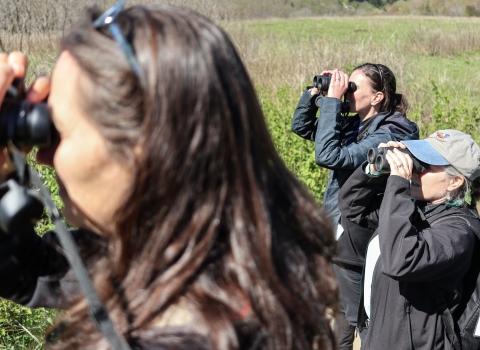