Examining the Impacts of Wildfire on Fishers

Image Details
Examining the Impacts of Wildfire on Fishers

In May, biologists from the Sacramento Fish and Wildlife Office visited Sequoia and Kings Canyon National Parks and Sequoia National Forest to observe current habitat conditions for the endangered southern Sierra Nevada fisher (Pekania pennanti). While the biologists observed healthy sections of forest used by the species, these lands have also experienced intense change in the past decade from major wildfires.

Fishers are medium-sized mammals classified in the same family as weasels, mink, martens and otters, and the population living in the southern Sierra Nevada is estimated to consist of approximately 100 to 500 individuals. Habitat loss and fragmentation resulting from catastrophic wildfire is one of the biggest threats to the species.

The Rough Fire in 2015 burned 150,000 acres across Sequoia National Forest, Sierra National Forest and Kings Canyon National Park, leaving large swaths of bare ground and dead trees. The more recent KNP Complex Fire burned almost 90,000 acres between September and October 2021, primarily within Sequoia National Park. In some locations, the heat and intensity of the KNP Complex Fire turned the forest to nothing but snags and ash. In other places, the fire burned less severely, leaving behind patchy habitat that can still be used by forest species, including the fisher.

“Some experts believe parts that burned completely might not return to forest in the near future—dry conditions may cause some of these burned landscapes to become chaparral,” said Ian Vogel, senior biologist with the Sacramento FWO’s Sierra Cascades Division. “This potential shift in the landscape could reduce the area that fishers can use for denning.”

Thanks to funding made available by an Endangered Species Act Section 6 grant to the Integral Ecology Research Center (IERC), a non-profit conservation research organization, biologists from IERC, Sequoia and Kings Canyon National Parks, Yosemite National Park and the U.S. Forest Service (Region 5 and the Pacific Southwest Research Station) have been able to pursue a collaring and telemetry project with the fisher. The project covers fishers that live on the Stanislaus, Sierra and Sequoia National Forests, as well as the National Park lands. Matching funds were made available thanks to the Sequoia Parks Conservancy and Yosemite Conservancy. All entities contributed substantial funds and equipment in addition to the Section 6 grant for this project to occur. Information gathered through this effort is helping biologists understand how these animals are using the forest and burn scars left from the fires.

It is only through many agencies and partners working together that projects like these can get off the ground and help with the recovery of endangered and threatened species. Esther Burkett, senior environmental scientist with the California Department of Fish and Wildlife, contributed significant time toward making sure the grant money for the project was secured and made available to IERC.

“The importance of funding these telemetry projects cannot be overstated,” said Vogel. “It’s through active analysis like this that we can understand how fire and land management activities affect animals like the fisher. This data helps us make the best decisions for conserving the species.”

The Service is coordinating with the National Park Service and U.S. Forest Service in their efforts to reduce the risk of such catastrophic fires in the future. While the National Park Service and the U.S. Forest Service carry out fuels management projects like prescribed burning, Sacramento FWO biologists provide guidance on how to minimize the negative impacts to listed and at-risk species while maximizing the beneficial impacts of fire on the ecosystem.

“We work with land management partners regularly to balance the need for activities like prescribed burning with impacts to species. We’re working together so wildfires like the KNP Complex Fire have less of a chance of happening. The bottom line is that catastrophic wildfires are terrible for people and wildlife, so activities that reduce the risk of these fires can provide a benefit to communities and species like the fisher,” Vogel said. 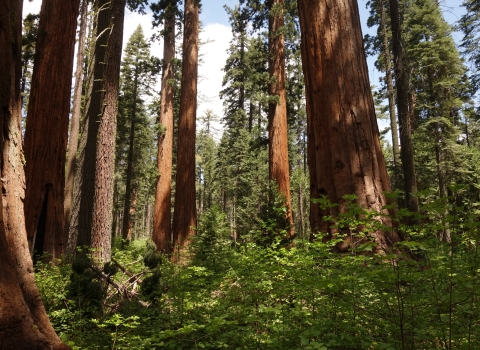 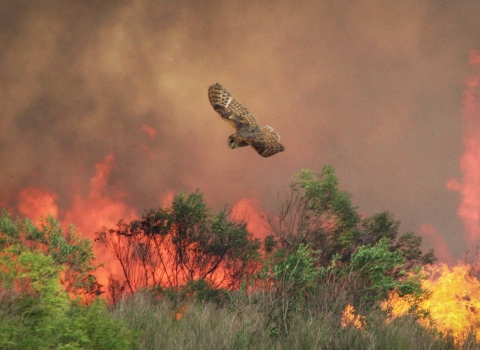