In the winter, bald eagles often gather at communal roosts where they perch overnight and sometimes during the day when the weather is bad. Communal roosts are usually in large living or dead trees that are relatively sheltered from wind and generally near sources of food. Many roost sites are used year after year and are thought to serve a social purpose for pair bonding and communication among eagles. Because of their importance to eagles, they are protected by the Bald and Golden Eagle Protection Act.

A few years ago, our Mountain-Prairie Region shared a photo of an incredible 55 bald eagles in a communal roost. We thought we'd ask photographer Chuck Hilliard a few questions about what it was like to see so many eagles at once.

Can you describe how you came to find this tree full of eagles?
For many years, I would head up to the Skagit River, in Washington State, to view bald eagles. They gathered there for the salmon run each winter. In 2011, the count really dwindled down, and weather had increased river flows, so that salmon were not reachable for the eagles.

I learned that eagles also gathered on the Nooksack River, which is in a valley about 30 miles north. After mapping out my plans, I spent several weekends locating different areas to access the Nooksack river to find the eagles. These areas were based on non-private land, available parking, and distance to the river. One of the places I found, after accessing the river, was this area with the tree. While there were other eagles around, the tree stood out. Not just for the number of eagles, but also the fact that there were none in the trees directly surrounding it. I have been visiting it each winter since (the shot was from January 2nd, 2012). The largest number of eagles I have seen since was twenty-five to a tree.

2) What shocked you about what the eagles were doing? What does that many birds sound like? What do you think brought them to the tree?
Having watched eagles often, in decent numbers, the sound is the most remarkable part.  Typically, they gather around an area, communicating between each other, in their own family group, and as a whole group. Eventually one will become brave enough to start feeding. This is usually followed by more communicating and then more feeding. They communicate by shrills and screeches, some warbling, normally in a back and forth manner. In the area of this tree, a small branch of the main river flows, and is a prime area for breeding salmon. As the salmon breed and die, they pile up on the shore and in the river. As I watched the eagles for over three hours, it appeared that the location and height of the tree gave the eagles a great view of the area.  What seemed to be happening was the parents and their young would gather in the tree. Then the young would fly down to the river to feed with other young. Sometimes a stray single eagle would fly in and attack the young, to also feed, and some of the parents would attack it and run it off. This happened the whole time. It is my observance that the angle of view, slow and small state of the river tributary, provided a sort of kiddie pool area for the babies to eat and be safe from harassment. While I have seen similar behavior, in one to five family groups, I had never seen it in such a large grouping of families and young. It was quite fascinating to watch and enjoy. I didn't want to venture too close, as I didn't want to disturb or frighten them off.

How long did you photograph them for?
I spent about three hours watching and photographing them. Mostly watching. It is a very beautiful area of the river.

What about this scene will stick with you?
The group family behavior was interesting to watch. As a wildlife photographer, when I watch family groups interact, it is easy to see human like behavior between them. Eagles are no different. But this was the first time I have witnessed a more neighborhood watch mentality. I will never forget the amount of sound and chatter from such a large group.

More about Chuck Hilliard
Having been raised around film cameras, and also from an avid camping family, I had experiences with wildlife and landscape beauty from a young age. The love of animals and the beauty of nature still drive me. As I like to say, I see beautiful things, and take photographs of them. My favorite animal to be around, and photograph, is a wild grizzly. I spend every summer in Glacier National Park attempting to do so. Fortunately Glacier is full of many different species of wildlife, as well.  As a young boy, I had up close and personal experiences with wild bears and eagles. More recently, I have also been enjoying shooting the night sky. I continue to grow and evolve my direction and style. 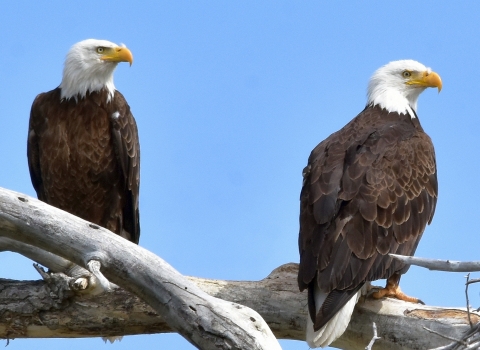 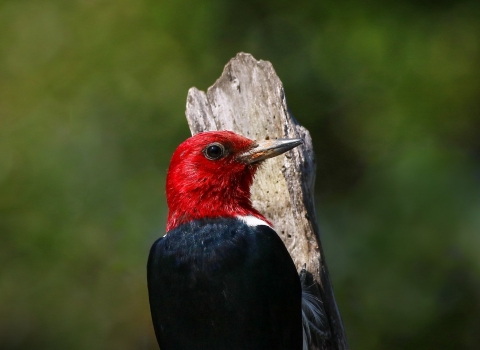