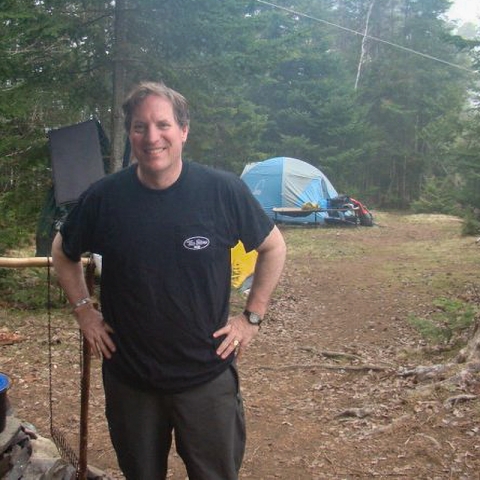 Steven Chase is the Director at the U.S. Fish and Wildlife Service’s National Conservation Training Center (NCTC) in Shepherdstown, WV.  A native of Connecticut, Steve holds a Bachelor of Arts in Mass Communication with an Earth Science Minor from the University of Hartford, and a Master of Public Administration from the Barney School of Business and Public Administration. He was the first Presidential Management Intern from the Barney School.

Steve joined the U.S. Fish and Wildlife Service in 1990 as a Presidential Management Intern, where he worked on National Wildlife Refuge System, Migratory Bird, and Law Enforcement issues in Headquarters.  In 1993 he joined the staff of the NCTC where he was deeply involved in the design and development of the NCTC campus and its operations.  He later become Division Manager of Facility and Administrative Operations, Division Manager of Education and Outreach, and Division Manager of Training Support and Heritage.  Steve was instrumental in the establishment of the Fish and Wildlife Service's national history/heritage programs, including development of the NCTC museum, exhibits, and archives.  He has also served as the Financial Officer and Special Assistant to the Director at the NCTC.  He is a member of Cohort 1 of the FWS Advanced Leadership Development Program, and received the Service’s Heritage Award in 2018.

Steve has been instrumental in a number of national-scope conservation initiatives and gatherings over the past two decades.  He was a lead organizer of the National Dialogue on Children and Nature in 2006, an event that kickstarted the Connecting People to Nature Movement in America.  He is a co-founder of the Student Climate and Conservation Congress (SC3) and the Native Youth Community Adaption and Leadership Congress, both of these youth leadership events have fostered a new cadre of young adult leaders in Conservation.  Steve also co-organized a series of important national conservation history symposia, including the 1999 Leopold Historical Symposium, Rachel Carson Symposium, The Muries Symposium, and the 50th Anniversary of Arctic National Wildlife Refuge Symposium, He co-edited proceedings documents on several of these events.

In the past Steve has worked as a river guide in northwest Maine, as a backcountry caretaker for the Randolph Mountain Club in the northern Presidential Range in New Hampshire; a buyer and technical representative in the ski and climbing industry; a Legislative Fellow for the Connecticut State Legislature; a teacher and coach; and a municipal public works administrator.  He also worked as a media specialist at the Talcott Mountain Science Center in Connecticut.

Steve is the former Board Chair of The Murie Center in Moose, WY; is the founding President of the American Conservation Film Festival in Shepherdstown; and is the past President of the Unison Preservation Society.  Non-work activities include river running, fishing, writing, playing mandolin and bass, going to live music shows, and spending time with his family.  Steve resides in Middleburg, Virginia.