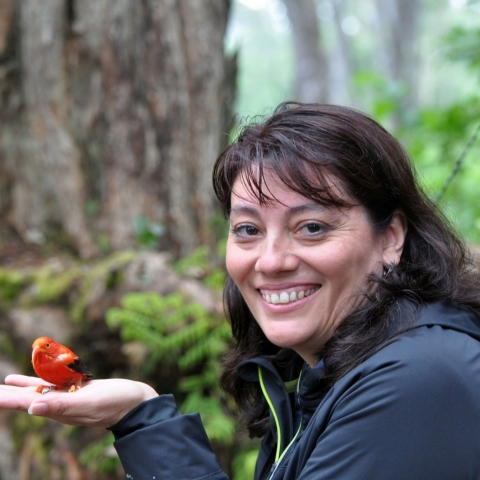 Martinez is the first woman and Hispanic to lead the Refuge System. She began her career in 1993 with the U.S. Fish and Wildlife Service within the Department of the Interior. Martinez came to Refuge System headquarters in September 2010 as chief of the Division of Visitor Services and Communications, where she led the process for developing the Refuge System’s 2011 Conserving the Future vision conference and subsequent documents – the renewed vision for growth and management of the Refuge System. She was deputy chief of the Refuge System from 2012 to 2015. Before coming to Refuge System headquarters, Martinez was the manager at Desert National Wildlife Refuge Complex in Las Vegas, Nevada. She has a bachelor of science degree in general biology from New Mexico State University and a master of science degree in fisheries and wildlife science from University of Arizona.

See Martinez's recommendations on How Best to Enjoy a Wildlife Refuge.