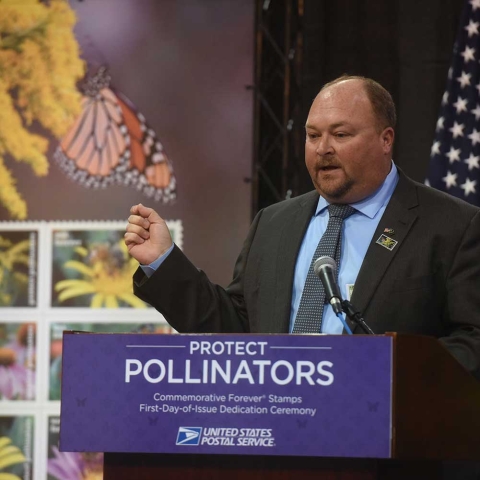 Working for the federal government for more than 20 years, Traxler began his career with the U.S. Fish and Wildlife Service in 1997 as an administrative support assistant for the region’s Ecological Services office. He became a public affairs specialist in 2002 and was named deputy assistant regional director for External Affairs in 2010. In 2012, he became assistant regional director for External Affairs, overseeing the team responsible for media relations, Congressional and tribal relations, stakeholder outreach and communications on behalf of agency programs.

Born and raised in Minnesota, Traxler divided his time between the suburbs and the family farm. His parents inspired his interest in the outdoors and conservation. He grew up hiking, fishing, hunting, trapping and generally enjoying the outdoors. When he couldn’t get outside, he read about the outdoors, nature and animals, encouraged by his mother, a teacher.

Traxler graduated from the University of Minnesota where he focused on natural resources and environmental policy. He and his wife reside in Lakeville, Minnesota.