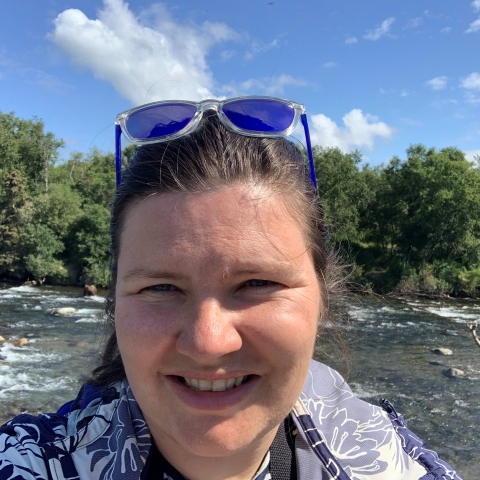 Breena joined the Marine Mammal Program in 2022. Prior to joining, she worked as a Endangered Species Act specialist with NMFS. She has spent the majority of her career managing salmon resources for the Lummi Nation in Bellingham, Washington and for the Alaska Department of Fish and Game in Anchorage, Cordova, Dillingham, and Emmonak.

As a third generation Alaskan, she enjoys exploring Alaska. Her family came to Alaska in the 30s to commercial fish, homestead, commercial guide hunters, and fly bush aircraft. She loves to read about Alaska history.

She loves to quilt, hike, bike, and play with her beagle, Keta. A little known fact about Breena is that she once won a didgeridoo playing contest in Australia in part because she played so terribly but entertained the crowd.