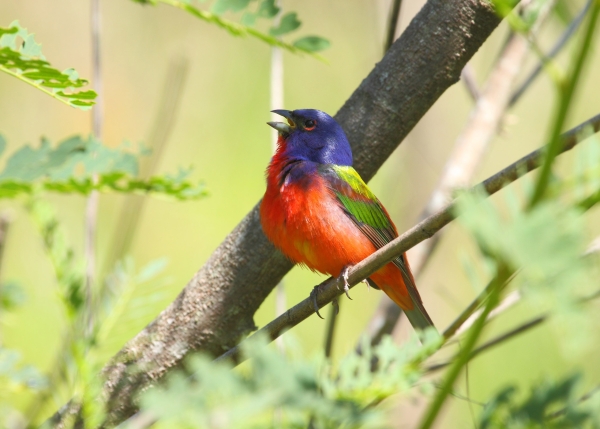 Atchafalaya NWR lies within the Mississippi Flyway, the "highway in the sky" used by vast numbers of migrating waterfowl, shorebirds, neotropical songbirds, and birds of prey to travel between nesting grounds and wintering areas through middle North America. Being part of a key bird corridor for fall and spring hemispheric migrations, the refuge is noted as a Globally Important Bird Area by the American Bird Conservancy. With over 200 different species of birds documented on the refuge, Atchafalaya National Wildlife Refuge is great stop for a birder.

Spring and fall bring an array of color, with neotropical bird populations traveling between their breeding and wintering grounds. Visit in April or May for the best birding. Listen for the secretive Swainson's warbler singing from a thicket. If you are lucky you may see the distinctive swallow-tailed kite soaring and hovering gracefully in the sky. Look for the distinctive black wingtips and forked tail and white head, shoulders, and abdomen. This striking and rare raptor nests on the Refuge and is considered one of the most threatened land birds currently without federal protection.

The old Big Alabama Bridge has been converted into a viewing area for birders and features interpretive panels. This site has parking, benches, and a kiosk near the edge of the bayou.