Endangered species are a key emphasis of our monitoring program, particularly where refuge habitats serve a key role a species’ life cycle.  For example, both piping plover and red knot depend on the refuge’s barrier islands of Holgate and Little Beach.  These Federally-designated wilderness areas are part of a vast area of undeveloped beaches, dunes, saltmarsh and tidal flats that serve as a true refuge for numerous plant and animal species that are dependent on coastal habitats along a coastline where human development otherwise predominates.  A robust monitoring and management program focused on piping plover and other coastal birds helps ensure that the refuge continues to offer these species high-quality habitat along the coast of New Jersey.

The Eastern black rail remains one of the most enigmatic bird species in North America due to its extremely secretive nature and its tendency to occupy remote and rarely-visited tidal marshes.  Few people ever get to see the black rail and it has been the subject of very few field studies.  As a result, we only know the broad outlines of this species’ natural history.  Refuge biologists are working with partners to optimize our approach to surveying for this species so that we can better understand its status and distribution on the refuge.

The piping plover is an iconic species of Atlantic Coast beaches where widespread development and human use of these beaches led to its decline.   Dedicated, long-term efforts throughout its range have ensured that key sites continue to be managed to support the recovery of piping plover and a wide range of species that depend on coastal habitats.  Nearly 40% of New Jersey’s piping plover population nests on the refuge and intensive monitoring, management and outreach efforts are helping to reduce conservation threats to help ensure steady progress toward recovery of this species.

While the Delaware Bay is famous as a critical northbound stopover for red knots and other migratory shorebirds that nest in the Arctic, New Jersey’s Atlantic coast is being increasingly recognized as an important stopover site for these species on their southbound migration from late summer through fall.  They use the refuge’s beaches along with the adjacent tidal marshes, mudflats and shoals for feeding and roosting where they spend several weeks refueling before proceeding to stopover and wintering sites as far south as the southern tip of South America.

The saltmarsh sparrow has a limited breeding distribution that spans a narrow ribbon of coastal marshes from Maine to Virginia.  New Jersey harbors nearly 40% of the entire species’ population and E.B. Forsythe’s complex of nearly 40,000 acres of tidal marsh encompasses a core area of the sparrow’s range in New Jersey.  Ongoing efforts by partners are documenting the status and distribution of the species on the refuge and beyond while efforts are underway to develop habitat management strategies to benefit the sparrow, which is declining as a result of progressive loss of high-quality high marsh habitat throughout its range.

Endangered Species
We provide national leadership in the recovery and conservation of our nation's imperiled plant and animal species, working with experts in the scientific community to identify species on the verge of extinction and to build the road to recovery to bring them back. We work with a range of public...
Program
Baileys Crossroads, VA 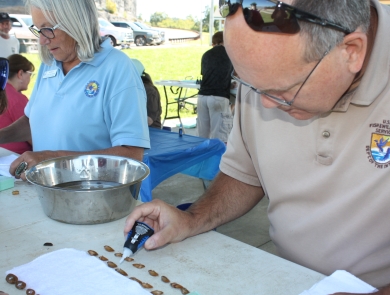 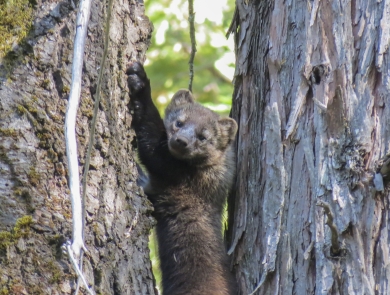 Land Management
Examining the Impacts of Wildfire on Fishers
Fires have swept through large portions of habitat used by the southern Sierra Nevada distinct population segment of fisher over the past several years. By examining how fisher are using post-burn forest, the Service hopes to learn more about the needs and habits of this elusive endangered species.
Jun 8, 2022 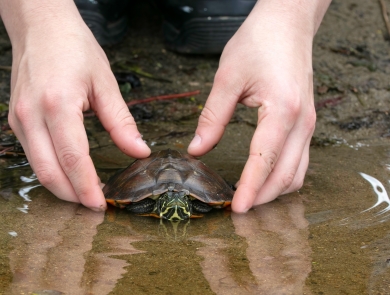