In September 2021, the U.S. Bureau of Reclamation requested to reinitiate Endangered Species Act consultation on the long-term operations of the federal Central Valley Project and the California State Water Project. A new biological opinion is expected to be completed in 2024 with the goals of supporting species viability, protecting life history diversity, supporting operational flexibility, providing regulatory certainty, supporting science and monitoring, and creating a single, adaptable, coordinated operation for the CVP and SWP.

Previously, in 2016, the Bureau of Reclamation and the California Department of Water Resources requested the reinitiation of consultation for the CVP and SWP. The Service evaluated potential impacts on Delta smelt and 15 land-based species associated with the proposed operations. This included habitat-management measures and steps to prevent water-pumping operations from catching or diverting Delta smelt, also known as entraining them. The Service finalized a biological opinion Oct. 21, 2019. Taking into account factors such as water salinity, water clarity and entrainment, the Service worked with the Bureau to modify the proposed operations and reduce or offset their negative impacts. With these modifications, the Service concluded that the Bureau's operations would not jeopardize at-risk species or their critical habitats. 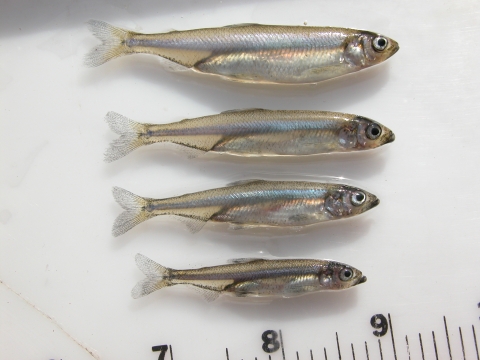 Separately, in 2008, the Service issued a biological opinion that determined the continued operation of the two water projects, as described in the Long-Term Operational Criteria and Plan, would have been likely to jeopardize the continued existence of the Delta smelt and adversely modify its critical habitat. The Service, however, recommended actions to avert jeopardy and adverse modification, which the water agencies agreed to implement.

For documents associated with CVP and SWP consultation, please email brandon_honig@fws.gov or tamara_ward@fws.gov or call 916-930-2657.