Manned and Unmanned Aircraft Use for Recreational or Commercial Purposes at Edwin B. Forsythe NWR 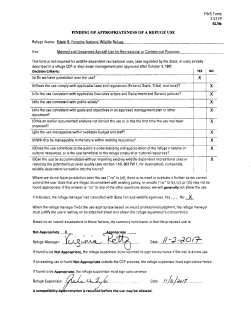