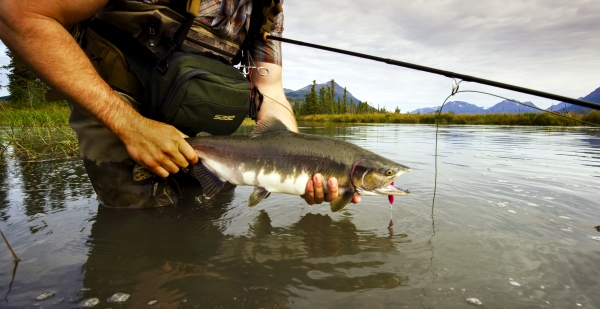 Sportfish in the reservoir include yellow perch and largemouth bass. In order to protect migratory birds, the Refuge has prohibited the use lead sinkers or lead-based lures. Casting and wading are the only means to fish the open water as flotation devices and boats are not allowed on the reservoir. Anglers are restricted from accessing the west and south shores of the Refuge to provide for a Migratory Bird Sanctuary. During ice fishing season, be aware of areas which are closed, including areas on the ice. The entire refuge is closed to all public use during waterfowl season, which is typically late September to early January.

In accordance with State law and the Joint State/Tribal Agreement, anglers must possess a joint Flathead Reservation Use and Conservation Permit and Fishing Stamp. For limits, seasons and other regulations, refer to the Flathead Indian Reservation Fishing Regulations.

Available species include yellow perch and largemouth bass. There are ice fishing opportunities from January until melt out. Pablo National Wildlife Refuge is located on Tribal Trust Lands of the Confederated Salish and Kootenai Tribes. Refuge waters include a 1,850-acre reservoir that is part of the Flathead Irrigation Project. Parts of the refuge are closed to public access year-round (posted), and the entire refuge is closed during waterfowl hunting season. No boats are allowed on the refuge.