In our lives, they’re everywhere: goofy close-ups, noses pressed to glass, against a scenic backdrop. Now selfies are proliferating on national wildlife refuges, too.

But people aren't taking these selfies. Animals are. Animals trigger these candid snaps when they approach remote-action, motion-activated trail cameras. The surprisingly high-quality shots that result not only entertain; they also inform refuge science and wildlife management actions.

“Biologists often depend on those photographs to help them understand what is happening on the ground,” says Benjamin Tuggle, the U.S. Fish and Wildlife Service’s former assistant director for science applications. “Trail camera images help them make better decisions about wildlife and habitat management because they provide a definitive snapshot record of the species that are out there.”

A series of stills shows the ocelot in motion. “We don’t take video on the remote cams,” says Swarts. “[That takes] too much battery usage.”

At Tualatin River National Wildlife Refuge near Portland, Oregon, staff use trailcam images to show visitors what surprising company they keep. “We have caught bobcat, beaver and other elusive animals [on camera],” says Seth Winkelhake, environmental education specialist with the refuge Friends group. “Often people have heard coyotes but may not have seen them. Having the up-close trail camera photos has helped connect people with our urban wildlife.”

At Tetlin National Wildlife Refuge in Alaska, biologists use trailcams to study the behavior and diet of Canada lynx, listed as threatened in the lower 48 states. “We want to gain a better understanding of lynx ecology [specifically long-distance movements] in Alaska and northwest Canada so we can help ensure lynx populations remain healthy and abundant in these areas in the future,” says Service wildlife biologist Nathan Berg.

What has Berg learned from trailcams? For example: “We’ve noticed that lynx vocalizations seem to increase quite a lot during the breeding season. Lynx also make many different vocalizations, and we hope to learn more about what each of these sounds may mean. We’ve noticed that lynx will use the same travel paths and walk in the same footprints in the snow over and over again each time they pass through an area ... This likely helps them conserve energy.”

Trailcam images still include some grainy black-and-whites. But this is changing.

Lately, grainy black-and-white images are being overtaken in many cases by crisp color images. That these images include shots of famously secretive animals like Canada lynx and Florida panthers makes them all the more wonderful.

And then, too, are moments of serene beauty. 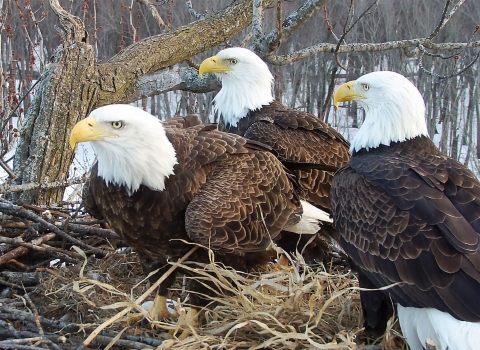 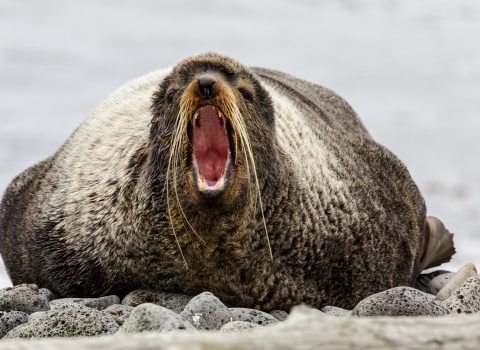