The National Wildlife Refuge System is a series of lands and waters owned and managed by the U.S. Fish and Wildlife Service. Wildlife conservation is at the heart of the refuge system. It drives everything we do from the purpose a refuge is established, to the recreational activities offered there, to the resource management tools we use. Selecting the right tools helps us ensure the survival of local plants and animals and helps fulfill the purpose of the refuge.

For desert bighorn sheep, the animal the refuge was established to protect, the aridity of the desert can be the most challenging aspect of their lives. To increase sheep populations, springs have been improved and water catchments constructed to provide valuable water to sheep and other wildlife. These actions provide water during times of severe water scarcity and increase water availability across the refuge, helping support bighorn populations, decrease competition for water and forage, and reduce vulnerability to predators and disease.

National Wildlife Refuge planning sets the broad vision for refuge management and the goals, objectives, strategies, and actions required to achieve it. Planning ensures that each refuge meets its individual purposes, contributes to the Refuge System’s mission and priorities, is consistent with other applicable laws and policies, and enhances conservation benefits beyond refuge boundaries.

Refuges use a wide range of land management tools based on the best science available. Some refuges use prescribed fires to mimic natural fires that would have cleared old vegetation from the land helping native plants regenerate and local wildlife to thrive. Other refuges contain Wilderness areas where land is largely managed in passively. The management tools used are aimed at ensuring a balanced conservation approach where both wildlife and people will benefit. At this field station our conservation toolbox includes:

For Desert NWR, there are five goals outlined in the CCP:

CCP step-down plans guide refuge-level programs for: (1) conserving natural resources (e.g., fish, wildlife, plants, and the ecosystems they depend on for habitat); (2) stewarding other special values of the refuge (e.g., cultural or archeological resources, wilderness, wild and scenic rivers, etc.); and (3) engaging visitors and the community in conservation, including providing opportunities for wildlife-dependent recreation. Like CCPs, step-down plans contribute to the implementation of relevant landscape plans by developing SMART (Specific, Measurable, Achievable, Relevant, and Time-bound) objectives, strategies, implementation schedules, and decision support tools to fulfill refuge visions and goals. This ensures that refuges are managed in a landscape context and that conservation benefits extend beyond refuge boundaries.

The Sheep Management Plan (SMP) is a step-down management plan derived from the Comprehensive Conservation Plan (CCP.) Its purpose is to guide desert bighorn sheep management to maintain the integrity of the population within the Refuge. The goals, objectives and strategies for managing desert bighorn sheep and its’ habitat are described in the SMP. Further details on partnerships and outreach opportunities are described in the SMP as well.

Desert NWR is one of four refuges in the Desert National Wildlife Refuge Complex. The Refuge was established in 1936 primarily to preserve desert bighorn sheep and their habitat. The Refuge is managed by USFWS, with a portion co-managed with Nellis Air Force Base (Nellis AFB). In support of desert bighorn sheep conservation, USFWS and Nellis AFB work in close collaboration with the U.S. Geological Survey (USGS) and the Nevada Department of Wildlife (NDOW).

The staff of Desert NWR recognized the need to address the long term comprehensive management of desert bighorn sheep. This species management plan (SMP) addresses this need and entails the refinement of desert bighorn sheep conservation goals and objectives as well as analysis of critical threats, strategies to address threats, and indicators to measure conservation progress. The SMP is a step down plan from the “Desert National Wildlife Refuge Complex Comprehensive Conservation Plan,” which was finalized in 2009.1

Implementation of the SMP will be coordinated by USFWS, in partnership with Nellis AFB, USGS, and NDOW. Together, these entities jointly developed the SMP (Appendix A) and are represented on an Interagency Management Team that will guide and support its execution. An annual work plan and a monitoring plan will be developed to lay out how the SMP will be implemented.

The NWRS Improvement Act defines a unifying mission for all refuges, including a process for determining compatible uses on refuges, and requires that each refuge be managed according to a CCP. The NWRS Improvement Act expressly states that wildlife conservation is the priority of System lands and that the Secretary of the Interior shall ensure that the biological integrity, diversity, and environmental health of refuge lands are maintained.

The Act was passed to ensure that the Refuge System is managed as a national system of related lands, waters, and interests for the protection and conservation of our Nation's wildlife resources.

The only system of Federal lands devoted specifically to wildlife, the National Wildlife Refuge System is a network of diverse and strategically located habitats. More than 567 national wildlife refuges and thousands of waterfowl production areas across the United States teem with millions of migratory birds, serve as havens for hundreds of endangered species, and host an enormous variety of other plants and animals. Over 39 million people visit units of the National Wildlife Refuge System each year to enjoy a wide range of wildlife-related recreational opportunities.

The passage of this Act gave guidance to the Secretary of the Interior for the overall management of the Refuge System. The Act's main components include: 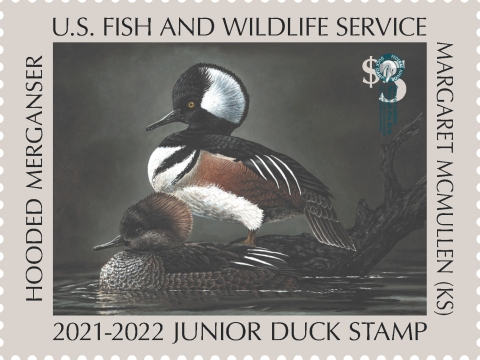 Do you want to showcase some of the nation’s premier artwork? Would you like to celebrate art, conservation, and the outdoors?  Are you looking for a centerpiece or side exhibit for your special event, museum, art gallery, or exhibition? Each year the top placing artwork from the Federal... 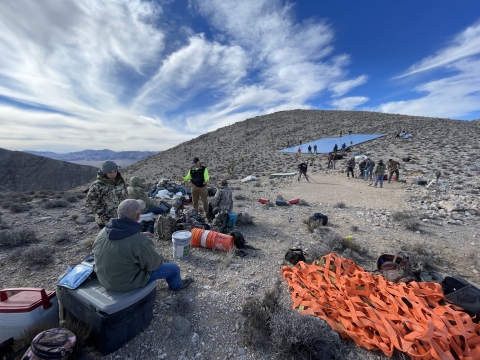 The U.S. Fish and Wildlife Service issues permits under various wildlife law and treaties at a number of offices throughout the country. Permits enable the public to engage in legitimate wildlife-related activities that would otherwise be prohibited by law. Service permit programs ensure that such activities are carried out in a manner that safeguards wildlife. Additionally, some permits promote conservation efforts by authorizing scientific research, generating data, or allowing wildlife management and rehabilitation activates to go forward.

For more detailed information or to apply for a permit, go to The U.S. Fish & Wildlife Service website. You may also contact the refuge manager directly: 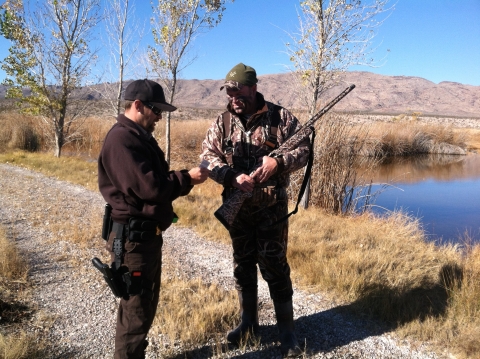 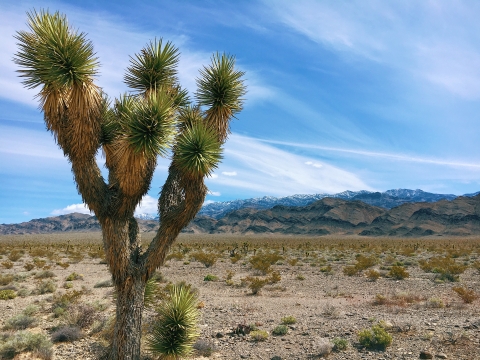 All of the rules and policies for the refuge are based in federal and state law, as well as international treaty.