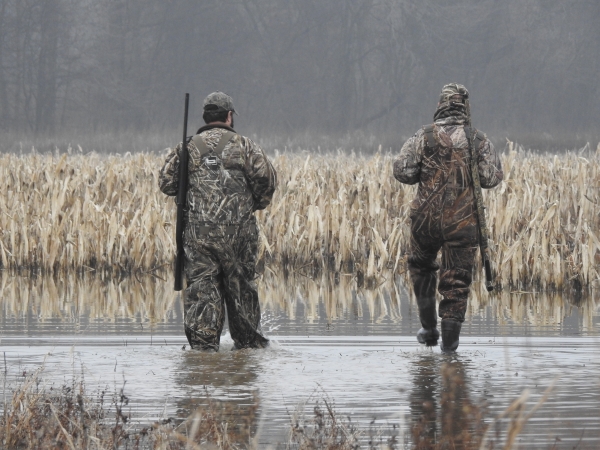 It's easy to see why there are so many white-tailed deer on J. Clark Salyer NWR. The marshes, hardwood river bottoms and sandhill prairies offer some of the best and most diverse habitat to be found in the area. Hunters find plenty of deer and not much competition on this 59,000-acre Refuge. Hunters who know the area have learned where deer feed and rest and enjoy stalking through the habitat. The Refuge is open for firearms and archery seasons. A Refuge permit is required for antlered deer. These buck licenses are much sought after by hunters, and drawing one can be difficult. The Refuge also offers a variety of other great hunting opportunities, including hunts for turkey and waterfowl, and late-season opportunities for pheasant and red fox. The Refuge was named for J. Clark Salyer II, a biology teacher in Minot, North Dakota, who went on to become the Chief of Refuges for the U.S. Fish and Wildlife Service. During Salyer's tenure, the National Wildlife Refuge System grew to 14 million acres, playing a critical role in protecting the nation's wildlife resources-and hunting opportunities-for future generations.