Image Details
Since 1871 the National Fish Hatchery system has been at work improving recreational fishing and restoring aquatic species that are in decline, at risk, and are important to the health of our aquatic systems. Across the country, the network of National Fish Hatcheries work with states and tribes to conserve, restore and enhance the fish and aquatic resources of America for future generations.

Here on Washington's Olympic Peninsula, with nature in all its splendor, Makah National Fish Hatchery partners with the Makah Tribe to raise Chinook salmon, coho salmon, and steelhead, in an effort to restore populations depleted by environmental changes and overfishing.

Since 1871 the National Fish Hatchery System has worked to restore aquatic species that are important to the health of our aquatic systems. This country-wide network of national fish hatcheries works with states and tribes to conserve, restore and enhance the fish and aquatic resources of America for future generations.

Nestled in the temperate rain forest of Washington's Olympic Peninsula, just a mile from the rugged Pacific coast, sits the Makah National Fish Hatchery. Since 1981, we've annually raised around three million salmon and trout for release into the Tsoo-Yess River on the Makah Indian Reservation.

Chinook salmon (Oncorhynchus tshawytscha): The Makah National Fish Hatchery raises and releases 2.2 million fall Chinook salmon annually. Adult fall Chinook return to the Tsoo-Yess River in late August and spawning at the hatchery typically takes place between late September and late October. After about 7 months at the hatchery, we release the young ocean-ready Chinook salmon, known as "smolt", into the Tsoo-Yess River to begin their short migration out to salt water.

Coho salmon (Oncorhynchus kisutch): We also raise and release around 240,000 coho salmon per year. The number of 2 to 3 year-old adults who return to the hatchery each year varies, ranging from a few hundred to over 10,000. Baby coho salmon, or "fry", emerge from incubators in February and remain in our care until late spring, when we release them into the upper Tsoo-Yess River.  These fry will spend an additional year in the river before migrating out to the ocean. Adults begin their migration back to the hatchery as early as September of each year.

Winter-run steelhead (Oncorhynchus mykiss): Lastly, we raise and release about 180,000 winter-run steelhead for the Makah Indian Nation. These fish provide important commercial and subsistence fisheries to tribal members. One to two year-old steelhead are released directly from the rearing ponds into the Tsoo-Yess River. Adult steelhead begin returning to the hatchery in November and continue to return until January.

View Our Species
View All Projects

Located in beautiful Neah Bay, Washington, Makah National Fish Hatchery is a popular tourist destination in the area.  Our self-guided visitor center provides an interior tour of the facility and features engaging media to explain hatchery operations and the cultural relevance.

There are no designated trails on the property, but you're welcome to walk around the facility to see the fish ponds, fish ladder, fish weir, and Tsoo-Yess River. 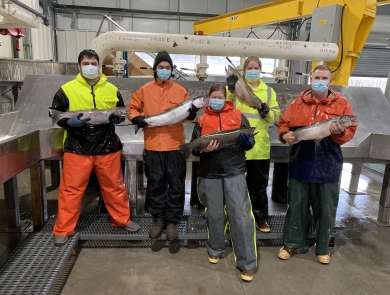 Our People
A Journey to Employment
Thomas Johnson gained valuable exposure, employment, and experience through the Makah National Fish Hatchery TERO Tribal hiring program. This experience allowed him to successfully compete for a permanent position as a U.S. Fish & Wildlife Service employee at the hatchery.
Sep 13, 2022 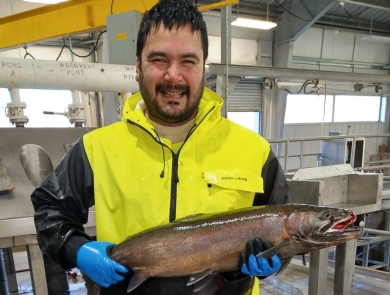 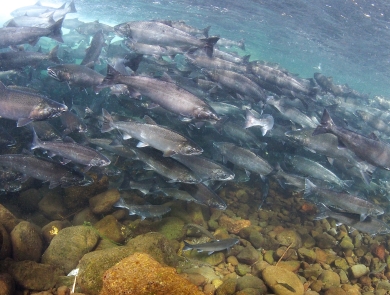 Our People
Weathering the Pandemic
Kristin Bates thought she knew what the future would bring when she started working at Makah National Fish Hatchery in December 2019. As the hatchery’s new project leader, Bates expected they would do what they’ve always done – rear salmon and steelhead, collaborate with the Makah Tribe, engage...
Apr 7, 2022
View All News
View Our Library
View More Opportunities