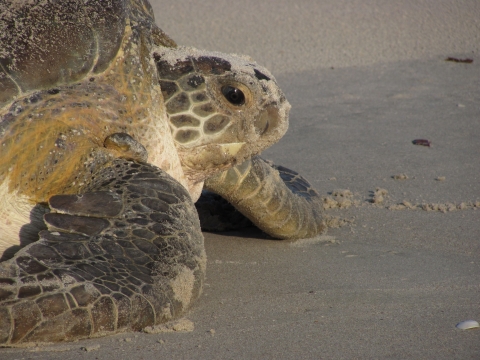 Ten Thousand Islands National Wildlife Refuge was established in 1996 under provisions of the Arizona-Florida Land Exchange Act of 1988. The Department of the Interior conveyed 68 acres of Indian School property in Phoenix, Arizona to Collier family interests in exchange for 108,000 acres in Collier County, Florida. In addition, the Department received $34.9 million to establish Indian education trust funds. Approximately 35,000 acres were conveyed to the U.S. Fish and Wildlife Service to establish the refuge. The remaining acreage was added largely to Big Cypress National Preserve and Florida Panther National Wildlife Refuge.

The abundance of seafood in the Ten Thousand Islands area has attracted humans for thousands of years. Prehistoric indigenous human populations utilized the area extensively, constructing large shell midden complexes on several islands. Early Spanish explorers traded with the native inhabitants, but European diseases decimated the coastal Indian populations. During the late 1880's, white settlers began occupying several of the larger islands. Commercial fishing was the primary source of income for these families. By the 1940's, only a few hermits remained on islands within the Ten Thousand Islands area. Improved amenities on the mainland encouraged pioneer families to move to Everglades City, Marco Island, or Naples. Consequently, today the refuge is uninhabited and nearly as pristine as it was when the early settlers arrived.