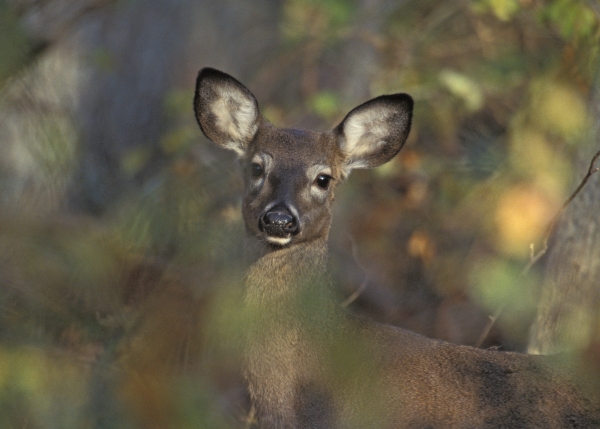 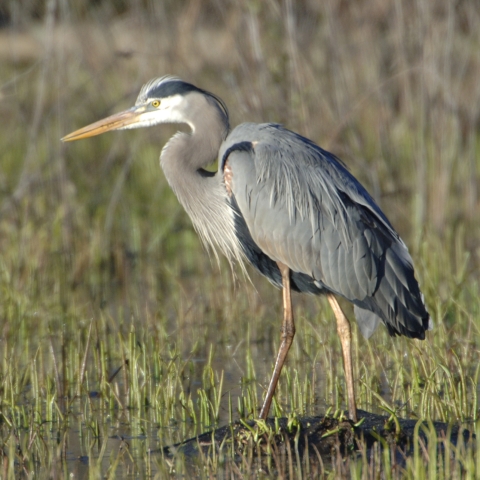 There is wildlife to see at Elizabeth Hartwell Mason Neck National Wildlife Refuge during all seasons! The refuge provides ample viewing opportunities of bald eagles and great blue herons, year-round. During the spring and summer months, the refuge hosts one of the largest heron nesting rookeries on the Potomac River. White-tailed deer can also be found at the refuge year-round. The large population of white-tailed deer on the refuge and State Park allows for public hunting opportunities in the fall.  Although numerous at the refuge, deer are well camouflaged and can often sense humans before being seen, taking the opportunity to flee. Look for signs such as hoof tracks or antler rubs on small trees along the trails to know of their presence.