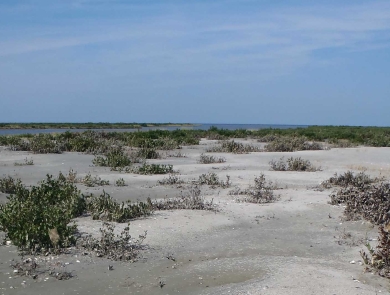 Habitat Restoration
Nesting Kemp’s Ridley Sea Turtles Rediscover Louisiana’s Chandeleur Islands
Among the areas most heavily oiled by the Deepwater Horizon oil spill were the Chandeleur Islands of Breton National Wildlife Refuge off the coast of Louisiana. As managers of a proposed restoration project surveyed the site this summer from a seaplane, they spotted a rare sight: tracks from...
Nov 30, 2022 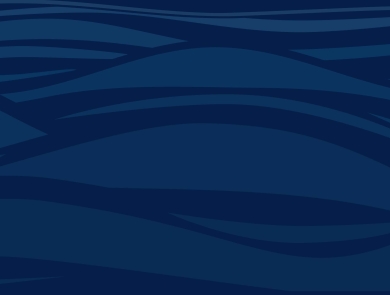 Habitat Restoration
Working to Restore Louisiana Wetlands
The Louisiana wetlands in the Barataria Basin estuary act as critical foraging, nursery, and nesting grounds for hundreds of species of fish and other wildlife. Land loss, saltwater encroachment and sea level rise have left the wetlands and the fish and wildlife that call them home in danger. The...
Nov 30, 2022 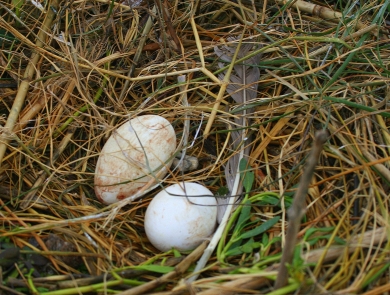 Wildlife Wonders
Eggs!
When spring is in the air, eggs are in nests at national wildlife refuges from coast to coast and beyond. This story is all about eggs, in particular bird eggs.
Apr 27, 2022 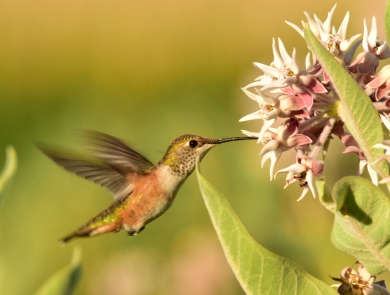 Wildlife Wonders
10 Birds to See
Here are some birds you might want to look for at national wildlife refuges and other bird-friendly places.
Jan 10, 2022
View All News

Travel to the refuge is a bit of a challenge due to its remoteness, but the rewards for a visitor are a unique and wild recreational nature experience. Most public use centers on fishing from the beaches and in the shallow water surrounding the islands. Whether you visit to fish or to observe and photograph wildlife, you are bound to have a memorable Southeast Louisiana nature adventure!

The islands of Breton National Wildlife Refuge (except for North Breton Island) were designated as the Breton Wilderness — part of the National Wilderness System in 1975. As wilderness, the islands are managed to retain their relatively wild and untrammeled nature.

Wildlife conservation is at the heart of what we do. It drives the work we do on lands and waters managed within the National Wildlife Refuge System — from the purposes for which a refuge is established, to the recreational activities offered, to the resource management tools used. Using conservation best practices, the Refuge System manages Service lands and waters to help ensure the survival of native wildlife species.  Our staff use a variety of resource management techniques to maintain, recover or enhance plants and wildlife and the habitats they rely on.

The refuge has some of the largest seabird colonies in the nation and has been identified as a Globally Important Bird Area by the American Bird Conservancy and The Nature Conservancy. Over 10,000 brown pelicans have been recorded nesting on the refuge. Waterfowl winter near the refuge islands and use adjacent shallows, marshes, and sounds for feeding and shelter. The Chandeleur Islands are one of only four Gulf of Mexico wintering grounds for the redhead duck, which feeds on seagrass beds.

We conduct independent research and work with universities, various government organizations, and others to conduct research on the refuge. These studies improve our understanding of the ecology of the natural resources we are stewarding and evaluate the effectiveness of our management practices.