Image Details
Forty years ago, our national symbol, the bald eagle, was in danger of extinction throughout most of its range. Habitat destruction and degradation, illegal shooting, and the contamination of its food source, largely as a consequence of DDT, decimated the eagle population. Habitat protection afforded by the Endangered Species Act, the federal government’s banning of DDT, and conservation actions taken by the American public have helped bald eagles make a remarkable recovery. Bald eagles were removed from the endangered species list in August 2007 because their populations recovered sufficiently, and their population has continued to grow in the years since. Bald eagles are a fantastic conservation success story, a pride of the American people.

The Bald and Golden Eagle Protection Act and the Migratory Bird Treaty Act continue to provide protections not only for bald eagles, but golden eagles, too. The U.S. Fish and Wildlife Service works to assure the preservation of both species of eagles.

The U.S. Fish and Wildlife Service works to manage and conserve both bald eagle and golden eagle populations.  We provide guidance on living and working around eagles, updates on the status of the populations of bald and golden eagles, and permits for the take, possession, or transportation of eagles and their parts, nests, and eggs.

Both bald eagles and golden eagles are protected by the Bald and Golden Eagle Protection Act and the Migratory Bird Treaty Act.

The Bald and Golden Eagle Protection Act also has regulations for permitting take, possession, and transportation of bald eagles or golden eagles (50 CFR 22).  These regulations allow for permitting of "the taking, possession, and transportation within the United States of bald eagles (Haliaeetus leucocephalus) and golden eagles (Aquila chrysaetos) and their parts, nests, and eggs for scientific, educational, and depredation control purposes; for the religious purposes of American Indian tribes; and to protect other interests in a particular locality" as well as governing "the transportation into or out of the United States of bald and golden eagle parts for scientific, educational, and Indian religious purposes." 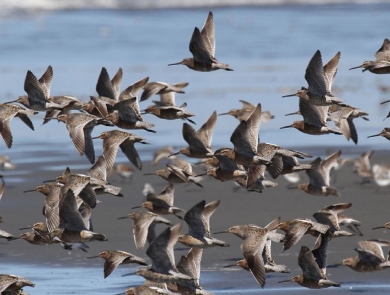 Migratory Species
Find a Migratory Bird Rehabilitation Facility
Do you have an injured bird? Locate a nearby federally-permitted migratory bird rehabilitation facility through our new mapping tool.
Apr 26, 2022 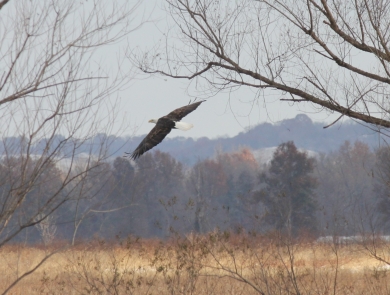 Migratory Species
Do I need an eagle take permit?
Are you planning an activity around an active, or in-use nest, or alternate, or inactive, bald eagle nest? Wondering if you need a permit? An incidental take permit can be issued for taking eagles when the take is associated with, but not the purpose of, an activity and cannot practicably be...
Dec 3, 2021 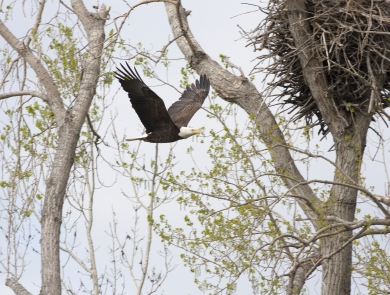 Migratory Species
Can I Install a Camera at an Eagle Nest?
Cameras that provide live coverage of nesting bald eagles to the Internet have become a popular educational tool. However, because there is the potential for eagles to be disturbed by the process of camera installation and operation, or by people visiting the nest site, the U.S. Fish and Wildlife...
Dec 3, 2021 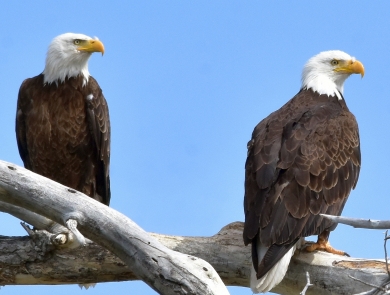 Migratory Species
America's bald eagle population continues to soar
Populations of the American bald eagle — the bold national symbol of the United States — have quadrupled since 2009, according to a new report by the U.S. Fish and Wildlife Service and its partners. Bald eagles once teetered on the brink of extinction, reaching an all-time low of 417 known nesting...
Mar 24, 2021
View All News

This is a collection of key documents the Service uses with our partners and stakeholders to manage bald and golden eagles and help everyone remain in compliance with the Bald and Golden Eagle Protection Act and the Migratory Bird Treaty Act.

Eagle Management Library
Information about bald eagle and golden eagle biology, behaviors, and populations. Guidance and tools for conserving, managing, and monitoring eagles. Information on the Bald and Golden Eagle Protection Act and it's regulations, as well as information on permits for eagle take, possession, and...
Library Collection
26 Items

Understanding the populations of both bald eagles and golden eagles is the biological basis for the Service's regulatory management framework.

Bald eagles and golden eagles are two of the largest bird species that call the United States home.  They have inspired people for millenia. 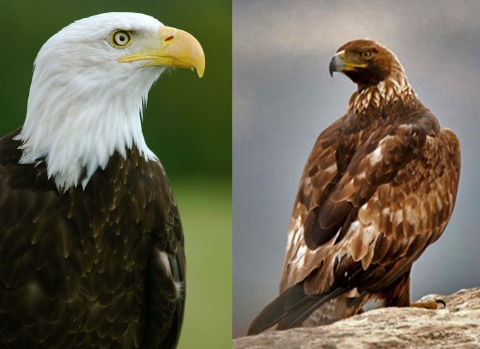