Working Together to Conserve Fish Habitat

The benefits of fish habitat conservation work under the National Fish Habitat Partnership program are many:

Healthy habitat means healthy fisheries – Before you can catch them, fish need a place to live, grow, and reproduce. Through the work of the National Fish Habitat Partnership program, the Service and our partners work to ensure the health of our nation’s aquatic ecosystems, thus working to enhance fishing opportunities for the American people. For example, the Ohio River Basin Fish Habitat Partnership has contributed to the improvement of smallmouth bass fisheries across Ohio and Indiana. Two projects, one on the Stillwater River near West Milton, Ohio and one on the Eel River near Manchester, Indiana, removed dams, restored in-channel fish passage, and decreased sedimentation. The project resulted in an increase in smallmouth bass spawning habitat and these areas are now known among anglers to have some of the best smallmouth bass fishing on the Stillwater and Eel Rivers.

Funding is leveraged to maximize results – Under NFHP, Federal, State, Tribal, and privately raised funds are leveraged to address the nation’s biggest fish habitat challenges. In 2019, limited federal funding from the Service was leveraged by more than 3 to 1 with funds from other partners.

Other benefits – Other benefits include job creation through direct funding investments and more resilient infrastructure. For example, undersized culverts in road crossings often act as barriers to fish passage, but can also cause water to back up behind the crossing during storms, often leading to culvert failure and severe road damage. Fish Habitat Partnership projects that address undersized culverts provide benefits for fish populations that require freedom of movement within an aquatic system and infrastructure that is more resilient to severe weather events.

Get involved with the National Fish Habitat Partnership. 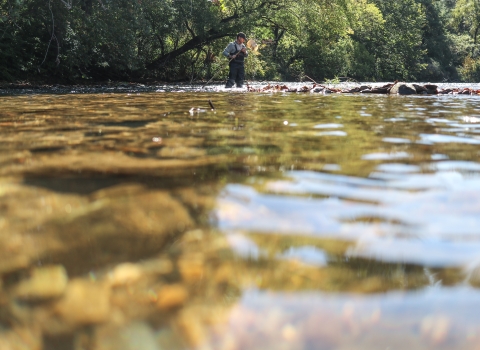 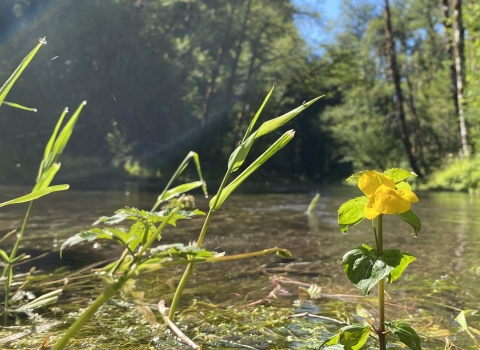 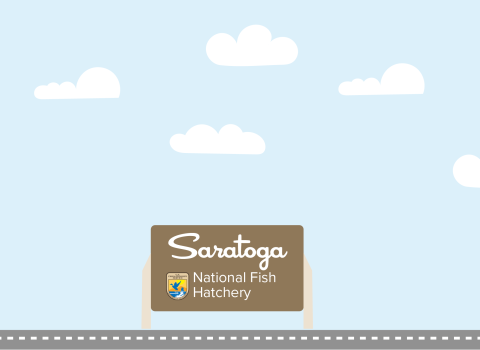