Kern National Wildlife Refuge (Kern NWR) is known for its incredible birding opportunities, but visitors may someday soon be able to get a glimpse of a San Joaquin kit fox. For the first time since 2007, a kit fox has been seen on the refuge, and what’s more, there are signs the fox may be denning there.

“Kit foxes are known in areas south and north of the refuge, so we’ve suspected that they may use the refuge as a corridor,” said Katie Jimenez, wildlife biologist for the Kern National Wildlife Refuge Complex. “We started doing quarterly surveys with cameras in 2015, and this is the first time we’ve had a camera capture an image of one.”

The fox was seen in an area that has been undergoing restoration after 2019’s Refuge Fire burned 336 of Kern NWR’s 3,040 acres. The fire occurred in an area that has been challenged by noxious invasive plants such as salt cedar (tamarisk), which made a home in the refuge’s uplands after a flood in the 1980s created its preferred conditions. Since the fire, Kern NWR has been working together with the Bureau of Reclamation to clear out the rest of the salt cedar and other invasive plants.

“Kit foxes live in open areas without too many shrubs or tall grasses,” said Jimenez. “They really need that open space to see predators like coyotes. By clearing out what’s left of the salt cedar after the fire, we’ve opened the landscape up, and the kit fox we caught on camera seems to approve.”

After the initial camera sighting, Jimenez’s team went out to look for potential underground den sites the foxes might use in the area. After setting up cameras on two potential sites, Jimenez was ecstatic to capture an image of the fox in front of the possible den. Kit foxes haven’t had any known denning activities on the refuge since the 1980s.

“Since the initial sighting, we’ve caught foxes on our cameras on nine out of eleven nights,” said Jimenez. “We’re planning on installing 10 artificial burrows in this restored habitat to help support a potential kit fox family on the refuge.”

Jimenez hopes to connect these southern dens with the artificial dens that were installed in recent years in the northern part of the refuge so the foxes can safely travel across the corridor.

“When we restore habitat, the animals notice,” she said. “I’m hopeful that this is just the first of many success stories of native species returning as a result of this restoration project.” 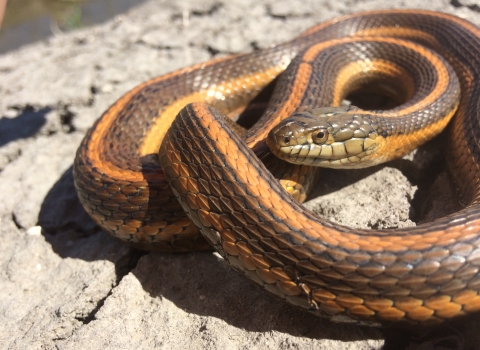 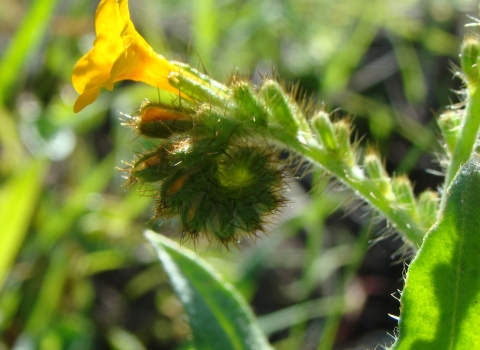 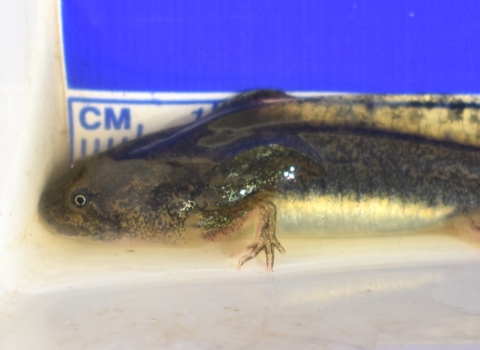