When a big construction project cuts across the landscape like California’s High-Speed Rail (CHSR), what happens to threatened and endangered species that live in its path? The U.S. Fish and Wildlife Service works with other agencies and organizations under Section 7 Section 7
Section 7 Consultation The Endangered Species Act (ESA) directs all Federal agencies to work to conserve endangered and threatened species and to use their authorities to further the purposes of the Act. Section 7 of the Act, called "Interagency Cooperation," is the mechanism by which Federal agencies ensure the actions they take, including those they fund or authorize, do not jeopardize the existence of any listed species.

Learn more about Section 7 of the Endangered Species Act (ESA) to reduce the impacts of projects on endangered and threatened fish, wildlife and plants.

Maggie Sepulveda is a senior fish and wildlife biologist with the Sacramento Fish and Wildlife Office’s San Joaquin Valley Division. She currently works on the Section 7 consultation for the CHSR project and recently visited a 119-mile section of the CHSR that is under construction from Merced to Bakersfield. She assessed the project’s mitigation efforts and conservation measures that minimize impacts on several threatened and endangered species.

“We are working closely with High-Speed Rail to make sure endangered and threatened species won’t be put at risk of extinction due to this project. We’re finding good conservation opportunities that will help reduce the impact of this large infrastructure construction project,” said Sepulveda.

When a species or its habitat is adversely impacted by the project, CHSR protects the appropriate amount of comparable habitat to compensate for what will be impacted or lost. These protected areas are known as Permittee Responsible Mitigation (PRM) sites. To date, CHSR has purchased more than 600 acres of habitat for California tiger salamander. CHSR has also invested in PRM sites protecting other species, including San Joaquin kit fox and rare vernal pool plants and animals. PRM sites protect habitat for listed species in perpetuity.

The CHSR project was approved by California voters in 2008, and operation is expected by 2030.

“I look forward to seeing the train in operation. Every trip takes cars off the road and helps reduce emissions that contribute to climate change climate change
Climate change includes both global warming driven by human-induced emissions of greenhouse gases and the resulting large-scale shifts in weather patterns. Though there have been previous periods of climatic change, since the mid-20th century humans have had an unprecedented impact on Earth's climate system and caused change on a global scale. 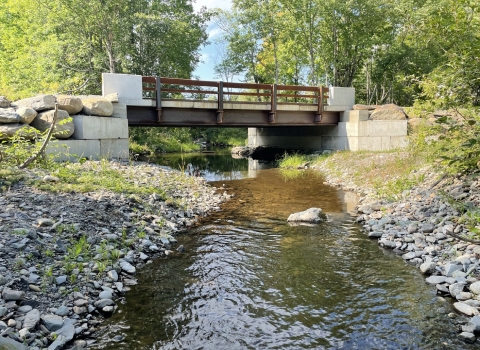