Here a just a few of the many species of seabirds and marine mammals that rely on the spectacular and rugged Pacific northwest coast environment for survival. 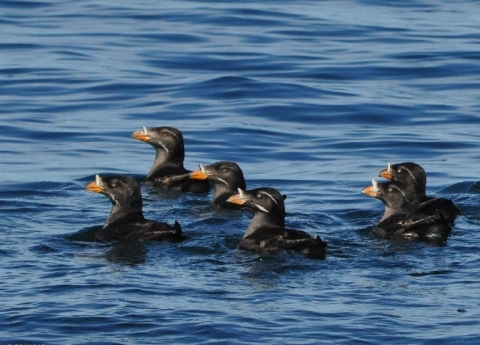 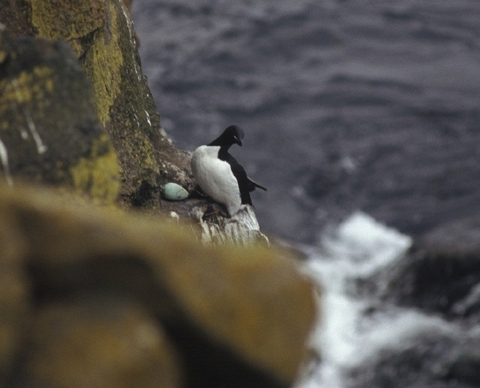 A stark black beak, head, and back contrasted against a snowy white belly distinguish the common murre. Outer coastal islands are very important to the common murre population as these islands are the only place they breed in Washington. The birds prefer to nest on the tops of partially vegetated to bare rock sea stacks and flat-topped islands. 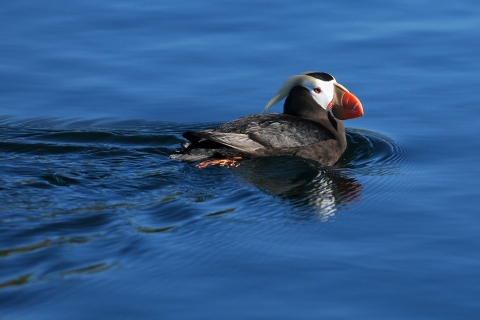 With a distinctive orange beak, white face mask, blonde forehead plumes, and black body, the tufted puffin is one of the coast's most recognizable birds. Coastal refuges provide important nesting sites for puffins who like to burrow deep in the sod or in rock crevices. The surrounding waters provide a fertile source for their favorite foods including small fish and mollusks. 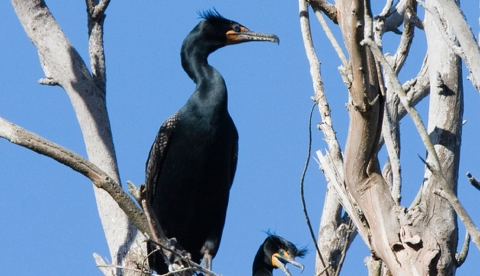 Double-crested cormorants are a large black bird with a narrow, orange, hooked bill and an orange throat patch. They are commonly seen on a rock or log with their wings outstretched to dry. They nest in pairs or colonies on the islands and sea stacks of the Refuge. Large stick nests may be seen atop flat islands, wide benches, or in trees. Frequent changes to their colony locations make predicting their year-to-year occurrence difficult.

The pigeon guillemot is a small black seabird with a white wing patch and bright orange feet. They are one of Washington's most widespread seabirds. They aren't picky when it comes to nesting and will build their nests in rock crevices, boulder beaches, or burrows in dirt cliffs. The Refuge provides a wide variety of these habitats from which they may choose. 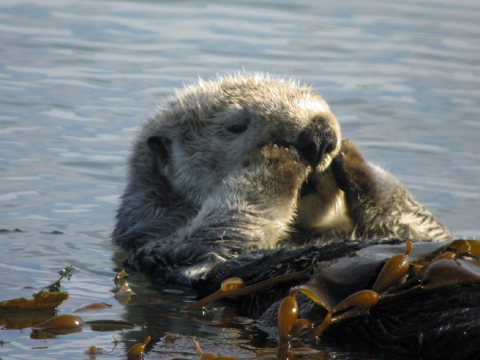 Sea otters were once hunted for their thick warm fur and by the early 1900’s the population in Washington had been wiped out. Sea otters were relocated from Alaska to the waters off of Washington’s coast in 1969-70 and the population has since been steadily growing. The Refuge provides important habitat for most of Washington's sea otters. They particularly utilize large kelp beds where they hunt for sea urchins, clams, and mussels to fuel their voracious appetites. The greatest threats to the local sea otter population are potential oil spills and competition from shellfish harvesting. Generally, sea otters are not easily seen from shore, but persistent viewers occasionally spot them off of Cape Flattery. 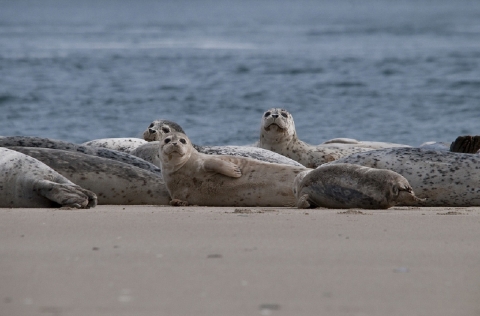 Harbor seals are easily seen bobbing in the waters off the coast of Washington. They can be identified by their smooth spotted skin varying in color from gray to brown or even black. The rocks, reefs and, islands of the Refuge are important spots for seals to haul-out of the water and rest or give birth to pups. One of the greatest threats to the harbor seal population is human disturbance, particularly during pupping season. Seal pups resting on shore should always be left alone as their mothers are likely waiting off shore and will not return until threats, such as humans, are clear of the area. 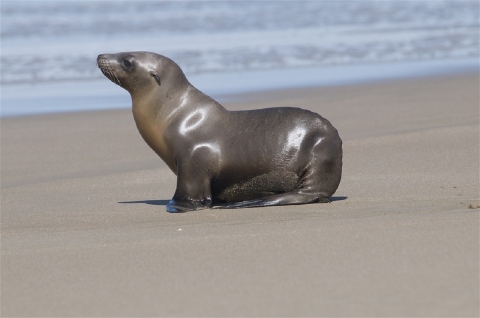 Sea lions are differentiated from seals by their visible ears. The California sea lion ranges in color from males who are a dark chocolate brown to lighter golden brown females. Males are quite large and can tip the scales at 850 pounds. Primarily it is the males who wander as far north as the Washington Islands where they hunt for food and use the islands as haul-out spots to rest.

Life clings tenaciously to the rocks, reefs, and islands of the Refuge.

Beds of kelp surround many islands providing habitat for sea urchins, small fish, and sea otters. The rocky intertidal zone around the base of most refuge islands houses a variety of residents including algae, mollusks, sea stars, and anemones. Many islands rise high out of the water transitioning to cliff faces that are bare and rocky or thinly covered in grass providing ledges and crags for birds to safely rest. A few of these islands are capped with small grassy meadows or even scraps of forest where birds can build nests far from terrestrial predators.