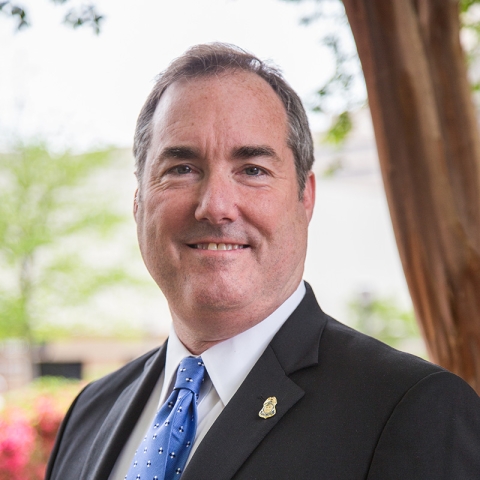 Grace began his natural resource law enforcement career as a state wildlife officer with the Florida Game & Freshwater Fish Commission.  In 1996, he started with the Service and in 2017 became the OLE’s Assistant Director. His past positions include supervising the Service’s long-term complex undercover operations branch and its intelligence unit and overseeing its domestic and international officer training programs. Grace also worked as a field agent in the Service’s Chicago and New York City law enforcement offices where he conducted criminal investigations that broke up black market trafficking in caviar, elephant ivory, and other protected wildlife.

Grace received the Clark R. Bavin International Wildlife Law Enforcement Award and is also a recipient of a prestigious Samuel J. Heyman Service to America Medal, nicknamed “Sammie.”  The Sammies are referred to as the “Oscars” of government service and are presented to United States government employees for a career of excellence and remarkable achievements. He is a graduate of the elite FBI National Academy and earned his graduate degree in biology at the University of Illinois Urbana-Champaign and undergraduate degree in biology at Loras College, Dubuque, Iowa.