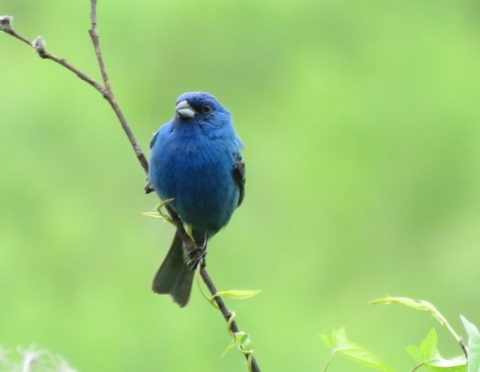 Spring comes early at Muscatatuck, with woodcock often starting courtship displays at the end of January and resident Canada geese setting up nesting territories in February. Sandhill cranes usually leave in mid-February and March brings migrant waterfowl, rails and bitterns. April is the start of the main wave of songbird migration which peaks around the second week in May. By May wood duck youngsters are noticeable in the marshes and whitetail deer fawns are being seen. 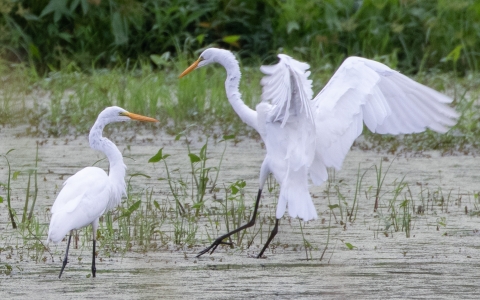 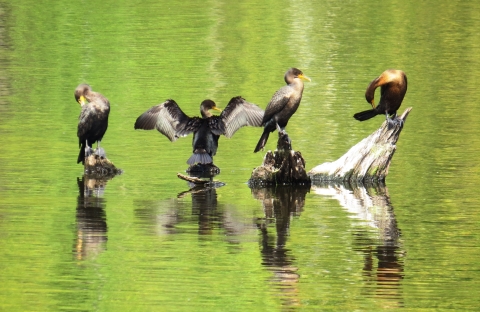 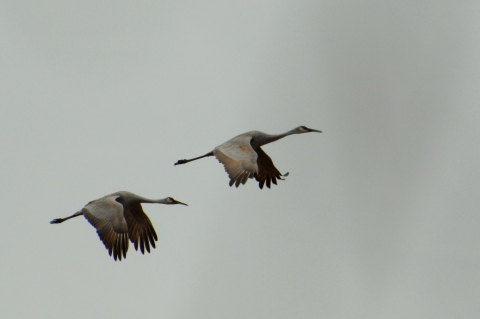 Winter is the time to see a good variety of ducks on the refuge including northern shovelers, ring-necks and blue-wing teal. Tundra swans usually arrive in early December. More than 20,000 sandhill cranes winter in the area, feeding in neighboring farmlands during the day and roosting in inaccessible refuge marshes at night. River otters are fairly easy to find when the lakes and marshes are frozen and the otters can often been seen popping in and out of just a few fishing holes. 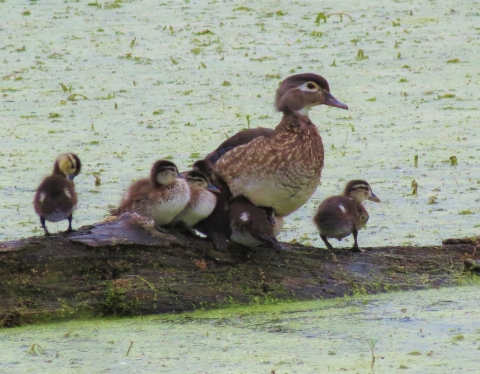 Muscatatuck National Wildlife Refuge is best known as a nesting area for wood ducks and the birds can be found most of the year here.  In the summer months broods are commonly seen on moist soil units, lakes, and marshes early in the morning. . 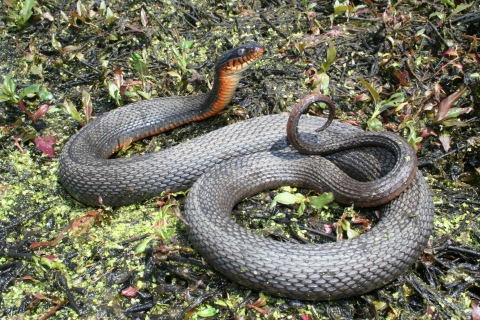 The wetlands, forests, brushlands and grasslands of the refuge provide excellent habitat for most Indiana mammals and several reptiles and amphibians, including the copperbelly water snake, Kirtland's snake and four-toed salamander - all are on the Indiana threatened and endangered list. 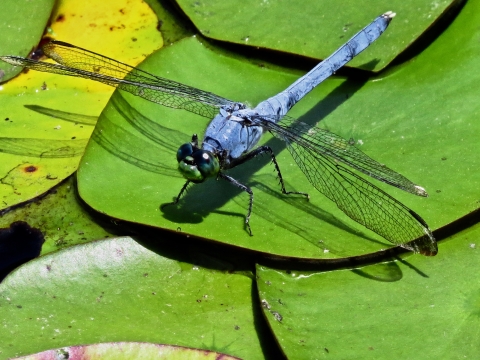 Dragonflies attract lots of attention at Muscatatuck and approximately 38 different species have been found on the refuge, many of which are uncommon in other parts of the state. 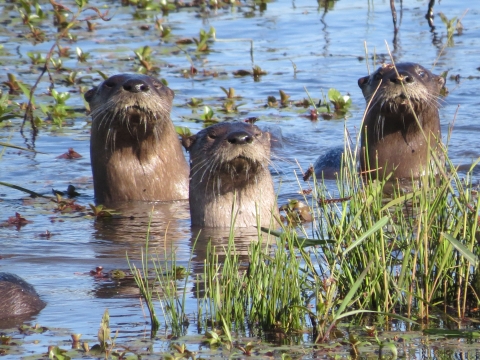 River otters were reintroduced into Indiana at Muscatatuck in 1995 and since then the population has been thriving. Otters are common in wetlands and creeks but are not always seen. In winter the animals may often be seen going up and down through holes in the ice. 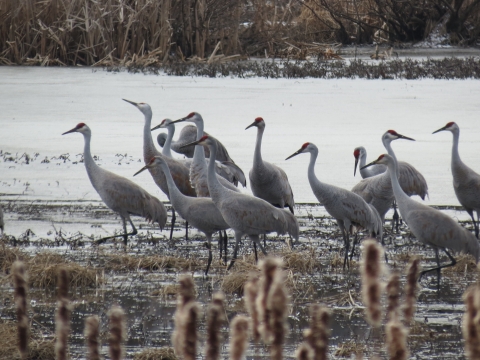 Thousands of greater sandhill cranes spend the winter in the refuge area, often staying the night in refuge wetlands while feeding off-refuge in harvested farm fields in the day.