The U.S. Fish and Wildlife Service and the Confederated Salish and Kootenai Tribes recently installed entrance signs that identify the refuges in the Séliš (Salish), Ql̓ispé (also known as Pend d’Oreille or Kalispel), Ksanka (also known as Kootenai) and English languages. They feature the names of the refuges in each language, as well as an English translation of the name’s meaning. For example, the Séliš- Ql̓ispé name for Pablo National Wildlife Refuge translates to “Trees-Tapering-to-a-Point Human-made Lake.”

“We are pleased to see the Service include our indigenous names for these refuges, as well as recognition that the refuges are located on Tribally-owned trust land and were originally created at the request of the Tribes,” said Tribal Chairman Ronald Trahan. “Many people do not know this history, so the signs will serve important educational purposes.”

More than a century ago, the Tribes began to campaign for the federal government to designate the Ninepipe and Pablo reservoir areas within the Flathead Reservation as refuges for game and bird conservation. After multiple requests from the Tribes, President Warren G. Harding issued two Executive Orders in 1921 establishing Pablo and Ninepipe National Wildlife Refuges.

“The Service and the Tribes share common goals for conserving sensitive fish and wildlife species, and the landscapes upon which they depend,” said Will Meeks, Assistant Regional Director for the National Wildlife Refuge System. “Working together to achieve these goals on common ground requires mutual respect and clear communication - values we wanted to convey through the new signs at Ninepipe and Pablo National Wildlife Refuges.”

Also featured on the brown signs are bright-green banners bearing the logo of the Confederated Salish and Kootenai Tribes and acknowledging that the refuges are located on land owned by the Tribes (federally-held trust land for which the Tribes are the beneficial owners) and that these lands were designated as national wildlife refuges in response to their requests.

The signs reflect ongoing efforts by native communities to preserve and revive the use of indigenous languages, an integral part of cultural identity. The Confederated Salish and Kootenai Tribes are working to keep languages alive for future generations by making them a part of daily life. On the Flathead Reservation, it is increasingly common to see indigenous place names on point-of-interest signs along U.S. Route 93, the main thoroughfare connecting towns in the area.

“This is an important step toward strengthening our invaluable partnership with the Tribes by being more inclusive,” said Amy Coffman, Refuge Manager for the National Bison Range Complex, which encompasses both refuges. “The Service wants to do a better job of recognizing the role of the Tribes, supporting their cultural priorities, and recognizing our common history.”

The National Bison Range Complex consists of four national wildlife refuges, including Ninepipe and Pablo, as well as two wetland management districts. Ninepipe refuge abuts the Ninepipe Wildlife Management Area, which is owned by the state of Montana and managed by Montana Fish, Wildlife and Parks. These sites are scattered throughout the Flathead, Mission, and Pleasant Valleys, and include open water and grasslands, pine and aspen groves, and rocky cliffs. The landscape supports hundreds of species of grasses, wildflowers, shrubs, trees, and a tremendous diversity of wildlife, including badgers, bighorn sheep, ruffed grouse, mountain lions, tundra swans and bison.

The mission of the U.S. Fish and Wildlife Service is working with others to conserve, protect, and enhance fish, wildlife, plants, and their habitats for the continuing benefit of the American people. For more information on our work and the people who make it happen in the West, connect connect with us through any of these social media channels: Facebook, Twitter, Flickr, YouTube, and Instagram. 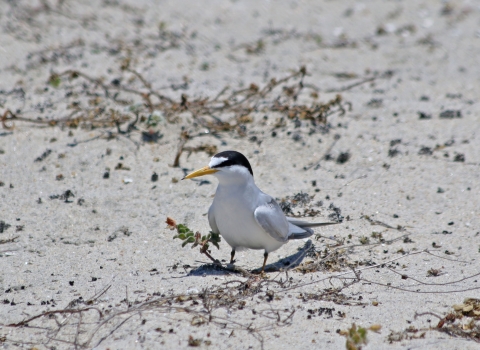