Bats are one of the most important misunderstood animals

Image Details
Bats are one of the most important misunderstood animals

Few of nature’s animals are as misunderstood as bats. We at the U.S. Fish and Wildlife Service want to set the record straight and help others understand the importance of bats. Though often feared and loathed as sinister creatures of the night, bats are vital to the health of our environment and our economy. Here you’ll learn more about why bats are so essential, the threats they’re facing, how we’re conserving bats and how you can help create a bat-friendly environment.

The importance of bats

Bats play an essential role in pest control, pollinating plants and dispersing seeds. Recent studies estimate that bats eat enough pests to save more than $1 billion per year in crop damage and pesticide costs in the United States corn industry alone. Across all agricultural production, consumption of insect pests by bats results in a savings of more than $3 billion per year. While many bats eat insects, others feed on nectar and provide critical pollination for a variety of plants like peaches, cloves, bananas and agaves. In fact, bats are the sole pollinator for the agave plant, a key ingredient in tequila! A third bat food source is fruit, leading to yet another important role in the ecosystem - seed dispersal. Fruit-eating bats can account for as much as 95% of the seed dispersal responsible for early growth in recently cleared rainforests.

Unfortunately, bats are declining across the globe. Many bats are needlessly killed because people do not understand the important role bats play in a healthy ecosystem. For bats that hibernate in caves, the need for winter shelter during hibernation puts them at another disadvantage. Human activity resulting in loss of habitat and disruptions during hibernation are detrimental. Making matters worse, a fungal disease called white-nose syndrome has claimed the lives of more than 5 million bats since its discovery in 2006 and has spread across North America at alarming rates. The fungus can be transmitted from bat to bat, cave to bat and even cave to cave as people inadvertently carry the fungus on shoes, clothing or equipment. Since many bats hibernate in the same caves over the winter, the fungus can decimate an entire bat colony once established.

Across the continent, we’re working with partners to protect bats, research treatments to halt the spread of white-nose syndrome and raise awareness about just how incredible, and vulnerable, bats are. More than 15 bat species are currently listed as federally endangered, threatened or under review in the candidate or petition process under the Endangered Species Act. There are many bat species that have not been researched enough to be able to determine conservation needs. Biologists and researchers complete bat surveys and utilize bands and transmitters to learn more about movements, habitat and lifespans. One recent study led to the discovery of a large summer roost for Indiana bats in Missouri - a single tree was providing refuge to more than 150 endangered Indiana bats!

How you can help

Want to do your part to help bats? There are many ways to get involved!

Be a bat ambassador and spread the word. Learn about bats and share what you learn with friends and family. Bats get a bad rap and we need your help to dispel bat myths and help people learn the truth about these fascinating and beneficial animals. We can all benefit from a greater understanding of the world around us.

Turn off unnecessary lights and watch for bats. Light pollution can disrupt or deter bats. Providing a dark environment can help improve conditions for bats. Watching bats fly over you is a great way to further understand and appreciate all they do.

Promote natural habitat around your home. Leave dead and dying trees in areas where they don’t create a hazard - they may be used as roosting sites for bats! Create a garden to help attract insects that pollinate plants and feed bats, contributing to the circle of life.

Feed hungry bats by minimizing the use of pesticides in your yard. A single bat can eat up to 3,000 insects in a single night! Bats are primary predators of night-flying insects, including many pest species.

Provide shelter by installing a bat box. Providing shelter for bats is a great way to promote a healthy environment. Bat boxes should be placed 10 to 20 feet high in open areas that receive at least 6 to 8 hours of direct sunlight with morning sun preferred. Try to avoid areas near artificial lights.

Avoid disturbing bats. Stay out of caves and mines where bats are hibernating in winter. If a bat is disturbed during hibernation, it may become active. This increased activity can lead to starvation if the bat’s fat reserves are used up before winter is over.

Remove unwanted bats humanely. If a bat accidentally flies into your home, remove it safely without harming the bat. If bats take up residence in your home, use humane methods to exclude the bats. If you contact a professional to help with bat exclusion, be sure to ask them if they use humane methods. 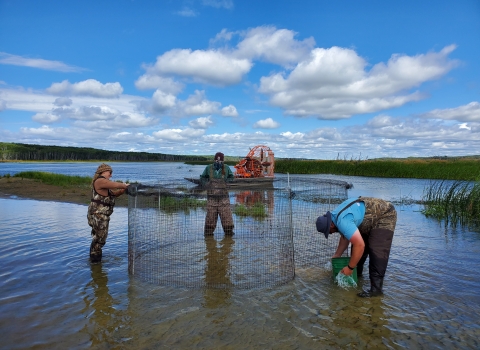 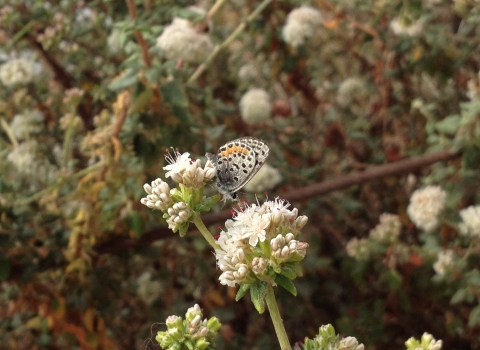 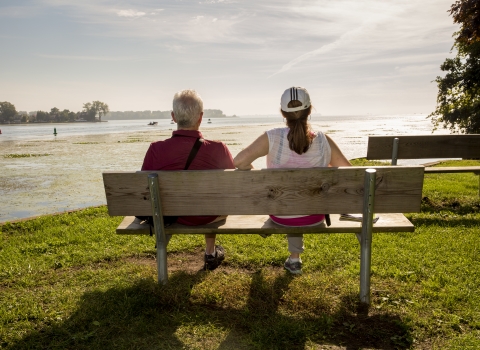