In late winter, bald eagles dot trees along the bluff and river shoreline, snow geese mass in the thousands, hundreds of trumpeter swans bugle their return from near extinction. Coyotes are often spotted traveling across frozen lake or trotting down the levee tops. Spend a few moments in one of the wooded areas and you will likely be greeted by the checkered black, white and red flash of the red-headed woodpecker or hear their characteristic tapping on a tree nearby.

As spring migration begins - typically late February to early March - waves of white and blue snow geese descend into the river valley. It is not uncommon to see more than 100,000 snow geese undulating in unison over large opening in the ice. As more openings in the ice emerge in mid-March, the monochromatic colors of winter are replaced by the flashy plumes of green-winged teal, northern pintails, northern shovelers, canvasbacks, redheads and mergansers. While watching ducks dabble and dive, don’t forget to look up. Wood ducks pay be perched above your head, searching for nesting locations in tree cavities above the water. April and May are also the time to strain your eyes, necks and ears for migrating warbler species.

The amphibian auditory recital of spring is a performance you don't want to miss. The first calls you may hear are the long, high-pitched trill of the American toad or, if you are lucky, the elusive Illinois chorus frogs with their high-pitched, birdlike whistles. As spring continues, you will hear the petite peeps of the spring peepers, the gutteral trill of the southern leopard frog or the short trill of the gray treefrog.

Late May to early June, rails and soras might be spotted. By June, summer residents are more typical in the wetland areas. Squadrons of American white pelicans often dominate open water, but keen observers will find black-crowned night-heron nesting among lush wetland vegetation. Look for the bright yellow prothonotary warbles nesting among the swampy bottomland forest areas during the summer months. Wood duck broods are commonly seen along creeks and ditches in the area. By July, seasonal wetlands give way to mudflats as flood waters retreat. These areas are typically teaming with shore birds. From July through September, look sandpipers, plovers and dowitchers. Gulls and terns are also common sights near Meredosia Lake. 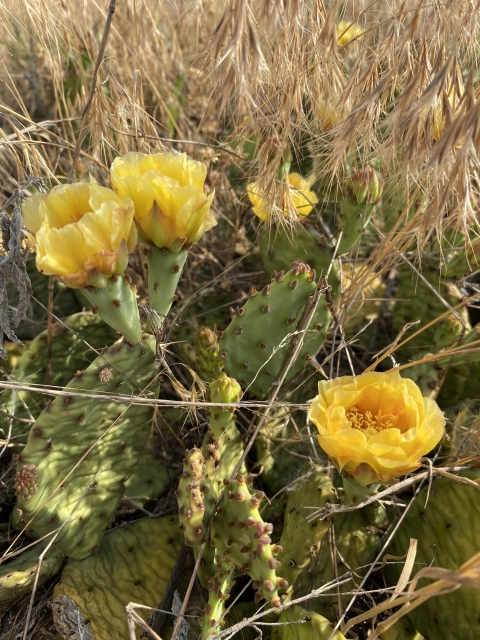 Our grassland and sand prairie units are full of unique flora and fauna to experience. A painful reminder to watch your step in the sand prairies, the prickly pear cacti are lookers, but don't touch! If you are lucky, you may just catch a glimpse of the eastern hognose snake prowling the prairie for a gourmet toad dinner.

Fall rains usher in the fall migration. From October through late November, wetlands are filled with the calls and quacks of dabbling and diving ducks. The refuge is home to 28 species of waterfowl and migration typically peaks in November. In December most to the waterfowl have moved south. Northern harriers, short-eared owls, bald eagles and red-tailed hawks are often easy to spot cruising the landscape.

Meredosia National Wildlife Refuge serves as a temporary home to thousands of waterfowl that feed and rest on their annual spring and fall migration. When seasonally flooded the refuge provides of prime habitat for diving ducks and dabbling ducks. The refuge is home to 28 species of waterfowl, including tundra a trumpeter swans. The Island at Meredosia refuge provides excellent habitat for wood duck nesting.

In addition to waterfowl, the low water during summer drawdowns and the resulting mudflats attract many species of shorebirds, especially sandpipers. May and August can be the best time to see many shorebird species. In late summer, the showy white flowers of the federally threatened decurrent false aster can occasionally be seen in disturbed areas left behind by the flood pulses of the river. Dense wetland vegetation provides shelter and feeding habitat for marsh birds such as bitterns, rails, herons and egrets. Shallow flooded habitats and sandy substrates also support the rare, state threatened Illinois chorus frog.

Refuge lands host more than 100 species of songbirds at various times of the year, because of the great diversity of habitats. Significant tracts of bottomland forest support specialist species during periods of both nesting and migration. Notable species include: prothonotary warblers, red-headed woodpeckers, pileated woodpeckers and rusty blackbirds. In the drier upland forests, it is common to hear and see a different group of passerines, wood thrushes, ovenbirds and cardinals being among the more common species. Edge species, like flycatchers, can often be seen across the refuge perched along the water’s edge. Open grassland support short-eared owls, dickcissel and grasshopper sparrows. The variety of habitats also support a diverse population of charismatic species including river otters, beavers, bobcats, the federally endangered Indiana bats and monarch butterflies.