Access to clean water is critical for people, fish, wildlife, and plants. Wetlands, also known as marshes, swamps, wet meadows, and bottom-land hardwood forests, filter contaminants and provide clean water. They also protect communities and farms from floods and coastal storm surges; recharge ground water for drinking; hold moisture on the land for farming; provide educational and outdoor opportunities; enhance property values; and provide open space for communities. Fish and wildlife need wetlands to produce young, provide shelter from predators, and as a source of food. Some plants used by people and wildlife are found only in wetlands.

Healthy wetlands, streams, and other water resources provide significant savings for the public and private sectors, create jobs, and generate revenue to local economies. It is much more cost-effective for governments to protect existing wetlands and other water resources than to repair or replace them once degraded or lost, yet they continue to face many threats, especially from human impacts. Wetlands continue to be drained, filled, or degraded by chemicals, sediment, and invasive species invasive species
An invasive species is any plant or animal that has spread or been introduced into a new area where they are, or could, cause harm to the environment, economy, or human, animal, or plant health. Their unwelcome presence can destroy ecosystems and cost millions of dollars.

Learn more about invasive species . With a changing climate, these impacts are expected to increase. Wetlands are being degraded and destroyed by droughts in some locations; by sea-level rise converting salt marshes to mud flats or open water; by warmer water stressing wetland species, driving them from historic ranges, or allowing disease vectors to increase; and by more frequent and more severe storms. In addition, wetlands are an important sink for carbon dioxide. The loss of this carbon storage as wetlands are degraded or destroyed may exacerbate climate change climate change
Climate change includes both global warming driven by human-induced emissions of greenhouse gases and the resulting large-scale shifts in weather patterns. Though there have been previous periods of climatic change, since the mid-20th century humans have had an unprecedented impact on Earth's…

The Service has a lead federal role in reviewing permits for projects affecting wetlands, streams, and other water resources in the U.S. This review process allows the Service to make recommendations for the mitigation of potential impacts. The Corps of Engineers and the Environmental Protection Agency jointly administer this permitting program, established by Section 404 of the Clean Water Act (CWA). The CWA also establishes the Service's statutory authority to comment at section 404(j) and 404(m). Section 404(q) establishes the Service's authority to request elevation of interagency disagreements on permit decisions or policy issues. A 1992 Memorandum of Agreement on section 404(q) signed by the Assistant Secretary for Fish Wildlife and Parks and the Assistant Secretary of the Army for Civil Works details procedures for handling elevations.

Through collaboration with the Corps of Engineers and project proponents, the Service can help developers avoid and minimize project impacts by engaging early in the permitting process. The Corps of Engineers looks to the Service as a principal consultant on fish, wildlife, and habitat and depends on our input to make the best possible decisions regarding conservation of aquatic resources. These environmental review activities remain an important conservation opportunity in Service field office operations. For example, approximately 26 percent of energy project reviews involve commenting under section 404, more than any other Conservation Planning Assistance authority. Also, the Service conducts more formal Endangered Species Act section 7 consultations with the Corps of Engineers, approximately 28 percent, than with any other entity. The federal nexus for most of these consultations is the issuance of a section 404 permit.

The purpose of this Memorandum of Agreement between the Department of the Interior and the Department of the Army is to establish policies and procedures to implement Section 404(q) of the Clean Water Act to "minimize, to the maximum extent practicable, duplication, needless paperwork an delays...

Conservation Planning Assistance
The U.S. Fish and Wildlife Service works collaboratively with other federal agencies, industries, and other stakeholders to achieve infrastructure development goals in ways that are sustainable and compatible with the conservation of fish, wildlife, and their habitats.
Program
Baileys Crossroads, VA 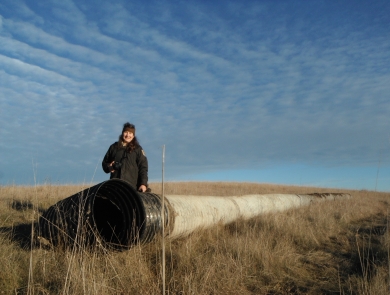