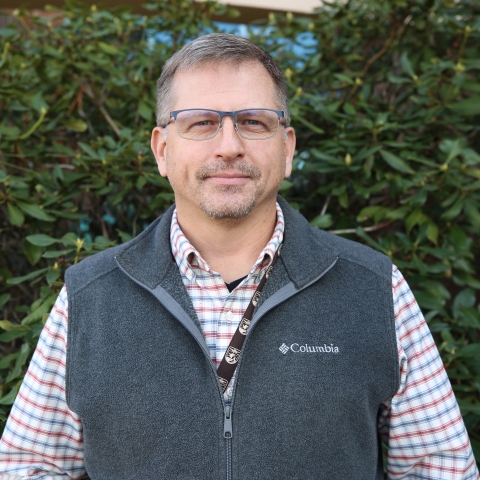 Ryan Noel joined the North Atlantic-Appalachian Region as the Special Agent in Charge, overseeing the region's law enforcement efforts to investigate wildlife crimes, regulate wildlife trade, and combat unlawful commercial exploitation, as well as to address habitat destruction, invasive species invasive species
An invasive species is any plant or animal that has spread or been introduced into a new area where they are, or could, cause harm to the environment, economy, or human, animal, or plant health. Their unwelcome presence can destroy ecosystems and cost millions of dollars.

, environmental contaminants, and other threats to wildlife resources.

Ryan graduated from Slippery Rock University with a bachelor’s degree in Biology and served six years in the US Army Reserves. Ryan started his career with the Pennsylvania Game Commission and the Pennsylvania Department of Conservation and Natural Resources. Ryan Joined the service as Refuge Manager of the Hobe Sound National Wildlife Refuge (NWR) in 1997. Ryan later transferred to the Santee NWR and the Rocky Mountain Arsenal NWR, respectively, before joining the Office of Law Enforcement in 2004, as a Special Agent in Nashville, TN.

Ryan has worked for the Service in four legacy regions. He served as the Special Agent in Charge (SAC) of the Alaska Region from 2014 until transferring to the North Atlantic-Appalachian Region as SAC, in 2018. Ryan and his wife are happily raising four boys in Western Massachusetts.