Image Details
Spring Equinox Marks Change in Alaska
From the smallest to the largest species, new activity can be observed

It is spring, and after my first year in Alaska, I have witnessed that spring moves to another level. As many of you know, everything is a bit amplified in Alaska. It includes the longer days and the large landscapes that boost the range of habitats together, providing all the right ingredients for a diversity of species to spend time here. So, spring marks a season of change.

After spending 20 years in Montana, I notice a significant difference from 45 degrees North to 60 degrees North. As a scientist, I immediately asked, "what exactly is the difference? Is the amplitude noticeable?"

The change begins on March 20th, which marks the spring equinox. This date is most familiar to all of us as the time we move the clock ahead and "spring forward" into daylight savings time.

Ten days ago, the amount of daylight at 45- and 60-degrees North was dead even, but by mid-April, at 60 degrees North, we will already see the length of daylight a whole month ahead of Montana. In addition, we will have three and a half hours more sunlight by the summer solstice, so the change is indeed noticeable this early.

Spring marks a change in the natural world. Many animals are becoming more active, initiating breeding, or moving to and from breeding and rearing grounds.

During warm spells, the ruby tiger moth caterpillar frequently wanders across the snow in late winter and early spring. These dark, hairy caterpillars form loose cocoons later in the spring and emerge as red and black moths in the summer.

For the keen observer, you may already have heard the woodpeckers start their drumming. Maybe you have noticed the chickadees start their breeding call. They are moving from the standard call of "chick-a-dee- dee-dee" to the long plaintive whistle that signals the breeding season. Snow buntings congregate on the beaches or at your bird feeder as they await the snow to melt to breed and nest in the alpine and North Slope. Eagles and great horned owls are already building or tending nests.

Arctic terns migrate North from their wintering areas in Antarctica. Their aerial migration, the longest known, at 15,000 miles, they move from the southern pole to Alaska. They arrive in time to nest and raise their young. Their primary food source is salmon smolt, other small fish, and larger aquatic insects.

The Rufous hummingbird may not travel as long a distance as the tern, 3,900 miles versus 15,000 miles, but it is a considerable feat when you compare it to its size. The hummingbird weighs less than a nickel, 28 times smaller than the tern. Thus, arguing that the 3,900 miles a hummingbird travels would feel more like 109,000 miles to a tern. These hummers are en route to the Kenai Peninsula now and will arrive in May to breed.

Salmon eggs spent this winter incubating in gravel. They will emerge next month, and the length of rearing time before migrating to saltwater varies by species. As early as April and running through May, Pink Salmon emerge and migrate immediately to saltwater. Shimmery Chinook, Sockeye, and Coho Salmon smolts on the Kenai concurrently begin their downstream journey to the sea in late April and running through June. While Chinook typically spends one year in freshwater before smolting, Cohos spend 1-2 years, and Sockeyes 1-4 years. The bimodal nature of runs and a prolonged run time allows for different hatch times and significant size distribution of like-aged fish, allowing for resilience.

Belugas offer another unique and favorite viewing opportunity. They are most frequently spotted as they follow the eulachon (hooligan) runs in the Kenai River in March and April. But did you know that gray whales show up in the waters around Seward on their way to their summer feeding areas as they migrate up the coastline from Mexico?

Gray whales give birth in winter in the warm waters of California and Mexico's Baja Peninsula. Pups are born with little blubber, and the warm waters allow them to gain between 60-70lbs per day. At the same time, their flippers and flukes strengthen to increase their mobility and speed to facilitate migration.

While the distances gray whales will travel is not as long as the Arctic tern, they will migrate as much as 5,000 miles north as they head to the summer feeding grounds in Alaska's Bering and Chukchi Seas, and they pass in transit through Resurrection Bay.

Like gray whales, bears give birth in the winter, replacing the warm waters with dens to provide security and shelter for cubs to put on weight and grow hair. Thus, females with cubs are the last to emerge from dens in the spring, and males and non-reproductive females are the first.

Biologists initially hypothesized that bear emergence, and den entry dates, for that matter, were tied to photoperiod. While it is a general rule of thumb to anticipate den emergence dates near the spring equinox, we now realize that this average date varies widely and depends on various factors.

As we move into spring, it is an excellent time to think about being safe in bear country as the warm weather brings you and them outside. Carry bear spray, make noise, and travel in groups of two or more to improve your safety and the bear’s as we share the same space.

The changing of the clock, or the spring equinox, is the start of a change that we welcome. It begins with a little bit of dread for the lost hours of sleep. But it is rewarded by the lengthening of days, a time to enjoy the warmer months, and for life cycles to start anew. 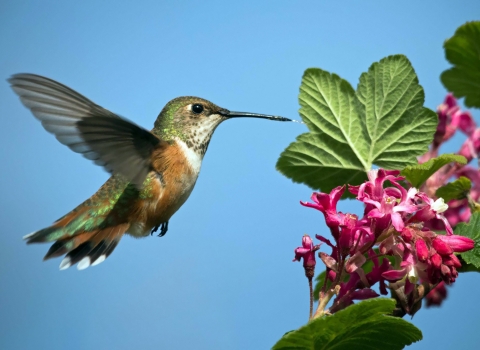