Tag and follow: Tracking sturgeon in the San Joaquin River

When Austin Demarest and his team started looking for white sturgeon to tag in the San Joaquin River in March, he knew some days would be uneventful — on the boat at dawn for a full day of setting and retrieving empty nets. Other days, however, would put them to the test.

Their first morning on the river, the Lodi Fish and Wildlife Office team anchored four 12-foot-tall nets to the river bottom and to the shoreline about 100 feet away, then waited to see which kind of day it would be.

“We captured seven within the first 30 minutes. In past years, we were lucky if we got two in a single capture,” said Demarest, who had over two years of experience surgically implanting tiny acoustic transmitters, or tags, in white sturgeon and other fish. “Catching seven at a time was a completely new experience. It was pretty hectic.”

Even for an experienced three-person team, it’s not always easy to untangle and subdue one white sturgeon, the largest freshwater fish in North America, which can be more than 6 feet long. Sometimes, according to Demarest, it’s better to just cut through small sections of the net.

“We want to get the fish out of the net as soon as possible to limit potential stress,” he said. “We’re already going to stress it enough by making an incision and implanting a tag.”

Once out of the net, while being held in the river, the team slides the sturgeon head-first into a custom-built cradle that limits mobility and blocks light, keeping the fish calm. Then they turn the fish on its back, which induces a state of paralysis known as tonic immobility in sturgeon and sharks.

“They can thrash during a surgery but usually it's somewhat minimal,” Demarest said. “I try to be as delicate as I can when making the incision or suturing the incision closed.”

The incision is made 3-4 centimeters long, or about 1.2-1.6 inches, then the tag is inserted into the abdominal cavity, where it will transmit the sturgeon’s location for 10 years.

The first operation of the season took about six minutes. Because of the surprising seven-fish catch that morning, the team decided to turn a few loose without surgery, rather than add to the fishes’ stress by holding them in Demarest’s “wading room.”

A few weeks later, the team recaptured a sturgeon it had tagged five days earlier. Demarest saw his sutures were tight and the wound was beginning to heal properly, boosting his confidence in his handiwork.

“You need the perfect balance of having the suture secure, but also not too tight where you will tear through the skin,” he said. “It’s an in-between, gentle-touch type of thing.”

Each of the season’s 11 surgeries went smoothly, and every fish seemed to be in good condition afterward, Demarest noted.

“It can be nerve-racking, though, to operate on a fish that, in some cases, is older than you and has survived decades of predation, fishing pressure, droughts and other threats, only to end up in a Fish and Wildlife Service net,” he said. “You don’t want to be the one who injures a fish after it overcame so many obstacles.”

As the season progressed, the team got more comfortable and refined their process. Now surgery takes about three minutes — half as long as the first time.

In eight years of tagging since 2012, the Lodi, California, office has implanted over 100 transmitters in white sturgeon. Among other things, their data will be used to inform the design of fish-passage improvement projects around dams and other obstructions that prevent fish from reaching potential habitat in the San Joaquin River system.

“Sturgeon don’t have the same jumping capabilities that salmon do. They stay closer to the bottom of the river, mostly as bottom-dwellers,” said Heather Swinney, San Joaquin River Restoration Program coordinator for the Fish and Wildlife Service. “Therefore fish-passage improvement projects require a different level of design consideration to provide sturgeon passage under all water-year types and low-flow situations.”

Due to the presence of Chinook salmon and the future potential of steelhead in the upper San Joaquin River basin, it is a priority for projects to provide fish passage for those species. Compared to salmon and steelhead, less is known about the white sturgeon’s migration pattern in the San Joaquin River system, or that of the threatened green sturgeon, which likely follows a similar pattern.

“We have so many questions regarding their use of habitat, spawning timing, survivorship, movement and response to water-operations management actions,” Swinney said. “Are sturgeon in this area? Are they heavily using this area, or are they only there in certain water-year types and certain situations? Without these movement and migration tracking projects, it would leave a data gap in what know.”

In addition to aiding habitat-protection and restoration actions, the acoustic telemetry data will contribute to a growing body of information on habitat use that may one day help inform water-operation management decisions, including flow releases from dams and tributaries.

Sturgeon family fossils have been dated to about 200 million years ago, before the evolution of some dinosaurs — and today’s sturgeon sort of look like it.

Over 17 days of sturgeon sampling, the members of Demarest’s team changed frequently, rotating nine different people. They all worked early hours and long days, sometimes in very cold weather or very hot weather, or both. And they were all excited for the work.

“Everybody was like, ‘All I want to do is catch a sturgeon!’” Demarest said.

“Sturgeon have been around for a very long time and they haven’t changed very much, so you’re seeing a species that’s been able to persist when a lot of other species have gone extinct,” he said. “That experience of catching a sturgeon is probably something they’ll take with them for a long period of time.” 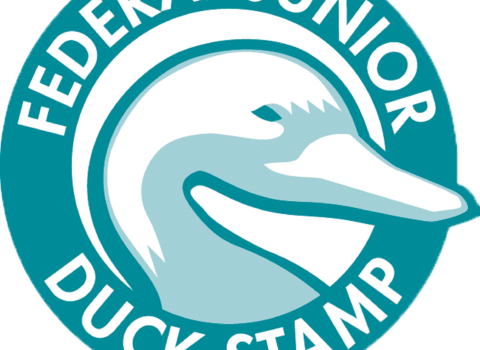