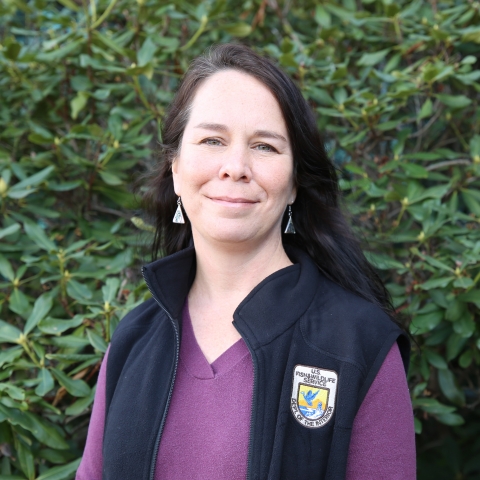 Sharon brings more than 22 years of experience working with the U.S. Fish and Wildlife Service.  She started her Service career as a biologist at the Rhode Island National Wildlife Refuge Complex and held management positions at Monomoy NWR and Great Swamp NWR.  Sharon became the Project Leader for the Southern New England Coastal Program in 2008 where she worked with partners to restore and protect regionally important habitat.  She started many new partnership efforts including work with Native American Tribes and coordination of the New England Cottontail Land Protection Working Group.  She has also held regional office positions as Assistant Refuge Supervisor,  Refuge Supervisor and most recently as the region's Deputy Chief of the National Wildlife Refuge System.

Sharon is a graduate of the National Conservation Leadership Institute. She is dedicated to developing the next generation of conservationists as a national leader in our urban wildlife conservation program as well as co-leading the region’s mentor program.

Sharon is a New England native, born and raised in Connecticut. She holds a B.S. in Wildlife Biology and Management from the University of Rhode Island and an M.S. in Wildlife Ecology from the University of Connecticut. She and her husband Kevin reside in Belchertown, MA with their two boys. When Sharon isn’t working, she can be found spending time outdoors fishing, walking their dog, and attending sporting events for her kids.